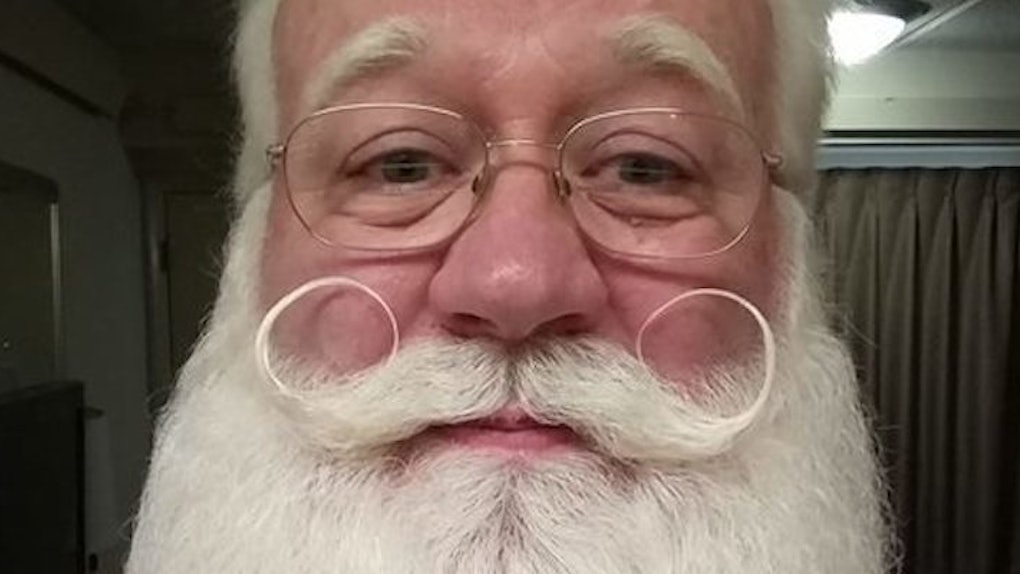 Viral Story Of Boy Dying In Santa's Arms Might Be Fake

It looks like Santa Claus just landed himself on the naughty list (well, a Santa impersonator, that is).

Unfortunately, I'm talking about Schmitt-Matzen, the Tennessee man who allegedly rushed to a hospital to fulfill a terminally ill child's dying wish of meeting Father Christmas.

In a heart-wrenching report written by Sam Venable for Knoxville News-Sentinel, Schmitt-Matzen was asking the young boy what he wanted for Christmas when he died in his arms.

However, new updates claim the entire story could be fake.

According to US Weekly, suspicion that the story might've been a hoax began when the Knoxville News-Sentinel updated the original story with an alarming editor's note on December 14.

Apparently, the news source investigated Schmitt-Matzen's account even further, but was unsuccessful because it couldn't verify any information about the dying child he claims to have met.

Although his personal background information was confirmed, there are still doubts about his claims that he visited a dying child in the hospital.

In a statement published by the newspaper and signed by editor Jack McElroy and original author Sam Venable, Schmitt-Matzen's claims are in doubt because of a lack of verification.

An excerpt from the statement reads,

Schmitt-Matzen had not approached the News Sentinel originally with the story. The information came to the newspaper indirectly through a known source, and Schmitt-Matzen was then contacted and asked about the incident.

It's also been reported the Santa impersonator promised to keep the identities of the child and the nurses a secret. The statement says,

At the time of that initial interview, he said he had promised to protect the identities of the child's family and the nurse who summoned him to the hospital bedside. In follow-up interviews, he has continued to hold this position and stand by his account.

Although facts about his background have checked out, his story of bringing a gift to a dying child remains unverified.

Why, though? Was the Santa impersonator trying to spread Christmas cheer in a twisted way, or is he simply standing by his word to keep the young boy's identity private?