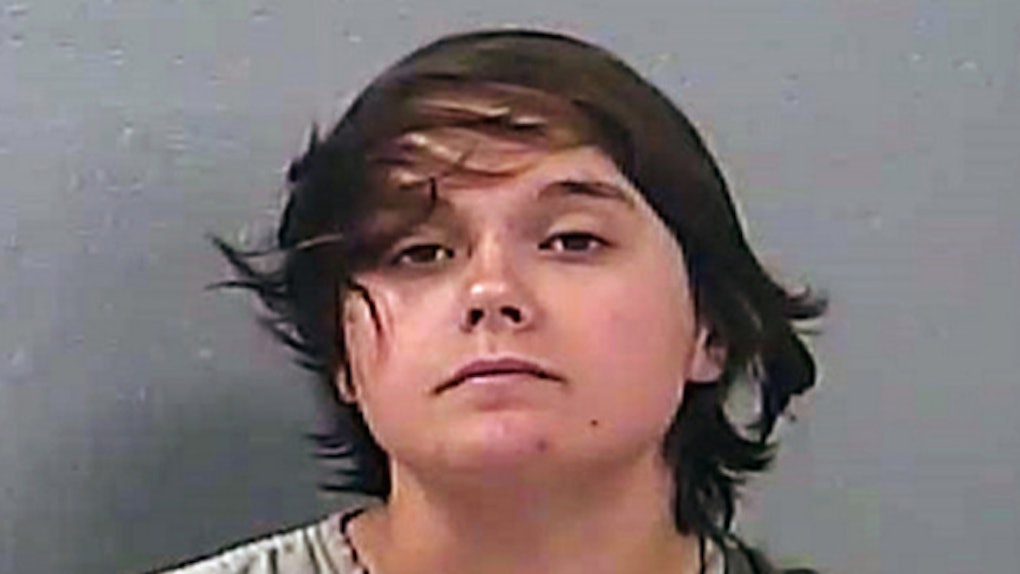 A woman has been arrested on suspicion of stabbing her boyfriend after she let him drink her blood.

Victoria Vanatter, 19, of Springfield, Missouri, allegedly gave him permission to cut her arm with a razor blade in her kitchen, reports the News Leader.

After the blood-sucking, there was an altercation. Vanatter is accused of stabbing him several times with a knife.

The pair had been talking about vampires.

According to court documents, Vanatter called 911 crying and said someone was bleeding.

Officers arrived to find the teenager and a man covered in blood.

A heart and the words "I'm sorry" had been drawn in blood on a wall.

Both were taken to the hospital and treated for their wounds.

Statements recorded for police documents reveal she told detectives she is a threat to society and could be a serial killer one day.

Vanatter has pleaded not guilty to the charge of first-degree domestic assault. At the time of the arrest, she was already on probation for two other assaults.

This isn't the only vampire-themed crime story we've heard this year.

Timothy Jay Vafeades, 56, of Utah, was jailed for 20 years for keeping women as sex slaves and filing down their teeth to resemble fangs.

The women were abused over two decades. One of his victims described how she met Vafeades at a truck stop in Texas. He wooed her and promised her dinner.

But as they drove off, she noticed he was heading away from populated areas.

She was kept as his slave in his truck, which he called the "Twilight Express," for several months.

Vafeades would beat her mercilessly if she attempted to escape.

The alarm was only raised when a couple of police officers noticed she was covered in bruises while they stopped at a gas station.

Vafeades was banned from being around women in addition to the prison sentence.