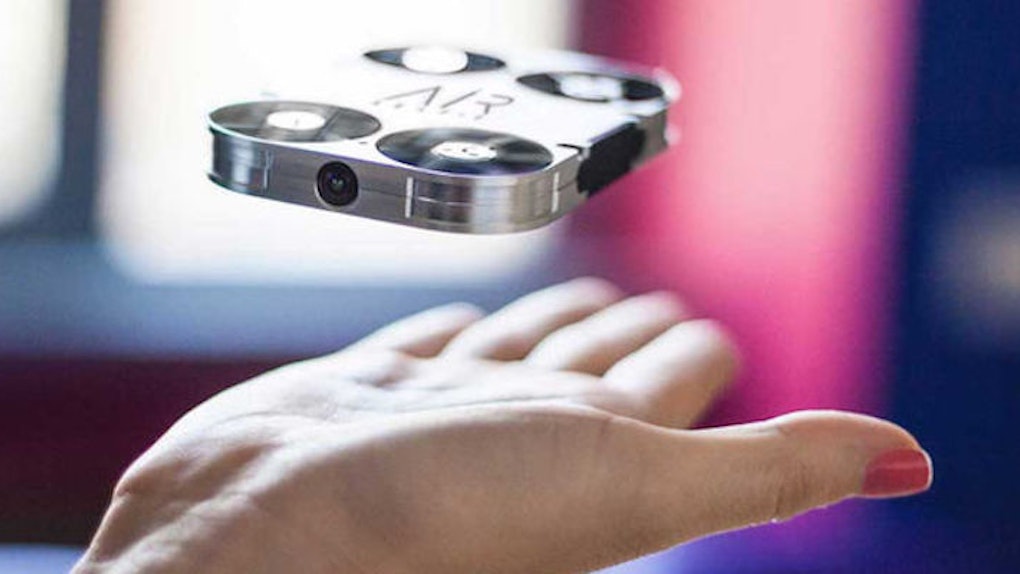 Tired of always being in the foreground of your selfies with an abnormally large head compared to your teeny, tiny significant other in the background?

Thumb always cramping trying to frame your photo, tap to focus AND click to take the picture?

Selfie stick taking up all the room in your purse?

Well, fear not selfie lovers! A new, mini drone camera, appropriately named the "AirSelfie," is about to come through and take all of your Insta-woes away!

The pocket-sized drone camera comes from the imagination of Edoardo Stroppiana, Italian entrepreneur, who explained, "AirSelfie is specifically designed and produced for people who used to think drone cameras are extremely complicated to use — too expensive and bulky."

Stroppiana had the idea in 2014, and two years later, he co-founded AirSelfie Holdings Ltd. in London who manufactured a complete prototype this past August.

To make the AirSelfie available for pre-order, the company launched a Kickstarter campaign in November and quickly met its goal of $47,714 in just three short days.

In total, over $500,000 has been raised by over 2,300 supporters, and beyond that, over $3 million dollars has come in from angel investors across the globe.

To control AirSelfie, you'd simply download a free iOS or Android app that allows users to control the drone with a touch of their phone button and capture beautiful HD images of their friends or significant others.

Other features include a 10-second timer, the ability to take 8 consecutive photos and a flight time of 3 minutes.

The app also gives the user immediate access to social media, so they can upload their perfect photos or videos with ease. AirSelfie can fly up to 65 feet in the air, and it weighs less than a smartphone.

Manufactures say it is safe to grab the mini drone out of the air while it's hovering or for it to land in your open palm.

You can expect to see AirSelfie be available in 2017, priced at $300, and any preorders are expected to be delivered by March.