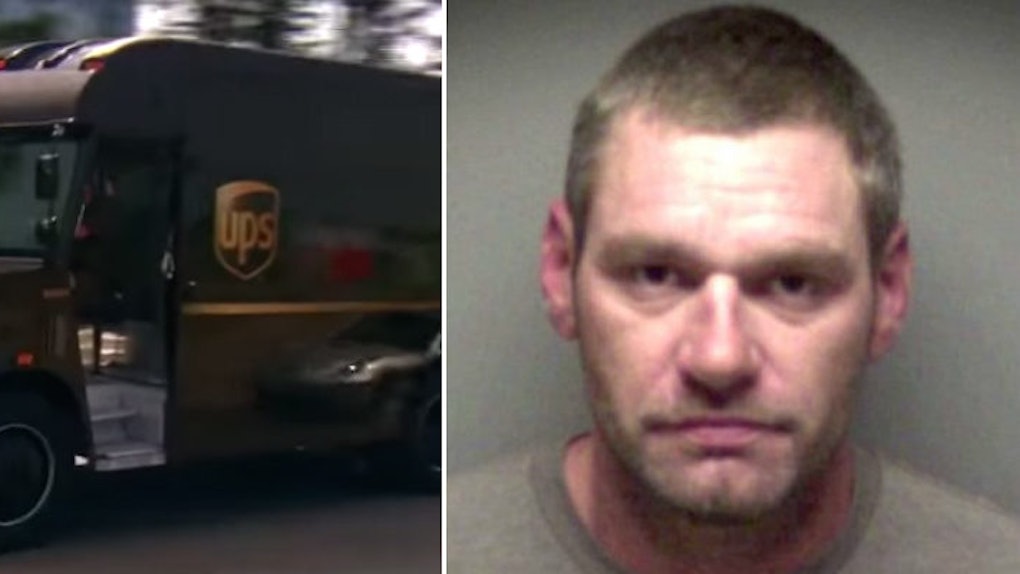 A woman and her 3-year-old child were rescued by the police, thanks to the help of a UPS driver in Robertsville, Missouri on Tuesday.

The woman and child were being held captive by the woman's violent husband, James Tyler Jordan, 33. When they were finally rescued, the police found the child had been locked in a room for 15 hours without food or water.

His wife alleges Jordan refused to let her leave the house. For hours, he allegedly beat her, threatened to kill her, threatened her with a pistol and violently sexually assaulted her repeatedly.

At one point, when she tried to run away, he allegedly dragged her back in by her hair. The abuse lasted from Monday until Tuesday, when she was finally rescued.

The woman managed to save herself when a UPS driver picked up a package. She took advantage of the opportunity by writing "call 911" on the package and handing it to the man, who wasted no time alerting the authorities.

Police arrived shortly thereafter and took Jordan into custody immediately, thus rescuing both the woman and her child.

"He was a huge help," said Franklin County Sheriff's Department Sgt. T.J. Wild in reference to the unnamed UPS driver, who helped release the woman from the brutal assault (and quite possibly saved her life).

UPS praised their driver for his actions as well.

In a released statement, they said,

We are grateful this UPS driver with more than a decade of service followed protocol when he saw a customer in distress and contacted authorities after he saw her message to contact 9-1-1. Our drivers are very familiar with their routes, and are trained to be aware of their surroundings and respond to requests for assistance.

The woman has chosen to remain anonymous.

Her husband has been charged with domestic assault, sodomy without consent, felonious restraint, unlawful use of a weapon and endangering the welfare of a child.