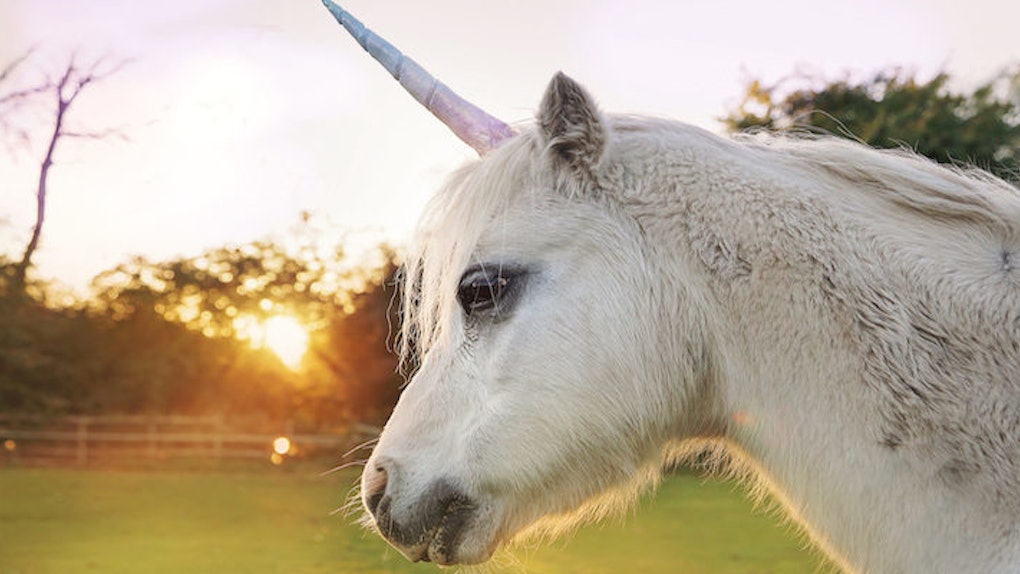 This Unicorn Led A Police Chase Through LA, Proving California Is Magical

Breaking News: Unicorns are real and they live in Los Angeles.

At least that's how it appears after one "unicorn" got loose Thursday, leading California Highway Patrol officers on a four-hour, mellow-speed chase through Los Angeles.

Officers didn't believe the call at first, assuming some prankster had one too many bong rips. Then, around 2:30 in the afternoon, a very sober dispatcher alerted the nearest CHP officer, confirming the magical sight was, in fact, real. CHP spokesman Josh McConnell said,

Initially he thought it might be somebody out there on drugs, seeing things. It was a little unreal to hear calls of a unicorn running around on the roadway.

But a unicorn it was. Juliet, a 600-pound, white shetland pony, sports a prosthetic horn for fantastical photoshoots. Apparently, she was on such a shoot when she decided to bail.

Juliet's owner, a photographer by the name of Sandra Boos, was able to convince the pony model to return to the shoot the first time she bolted, but by the late afternoon, Juliet had other plans. That's when CHP officers jumped into action, using a helicopter with thermal imaging to track her down.

All in all, it took officers close to four hours to round up the magical creature, eventually spotting her chilling in an orchard. When Juliet refused to budge, they brought in an equine friend to coax her back home. Boos said they whinnied to each other and decided to call it a day.

So now we know how to catch a unicorn, folks. All you've got to do is get a regular horse to bring them back down to earth.