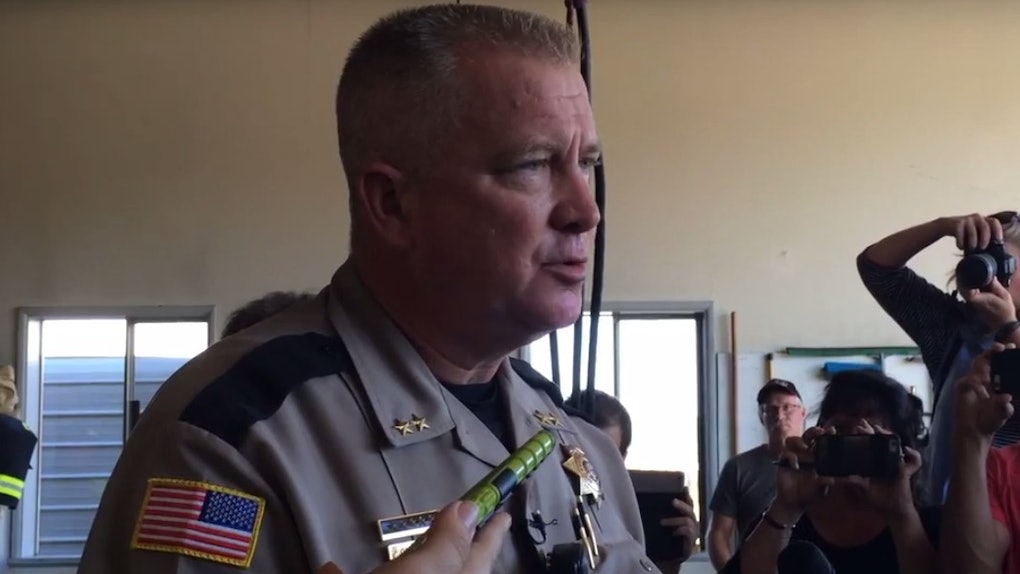 The gunman responsible for the shooting at Umpqua Community College allegedly asked victims to state their religion before firing, AP reports.

While many factors surrounding this tragic incident are still unclear, this suggests the shooting may have been religiously motivated.

NEW: Student tells Roseburg, OR newspaper that the #UCCShooting gunman asked people to stand up and state their religion before opening fire — Rob Edwards (@RobertDEdwards) October 1, 2015

Kortney Moore, an 18-year-old student at the college, told NRToday:

The shooter was asking people to stand up and state their religion and then started firing away.

It's not yet clear if the gunman was targeting any religion in particular.

Moore reportedly witnessed a teacher get shot in the head, and was lying on the ground throughout the trying ordeal.

According to AP, at least 13 people were killed and 20 injured during the shooting.

Roseburg's sheriff confirmed the gunman was a 20-year-old male who died at the scene after exchanging gunfire with law enforcement.

Regardless of the gunman's motivations, this is yet another senseless act of gun violence in this country that's once again left a community shocked and grief-stricken.