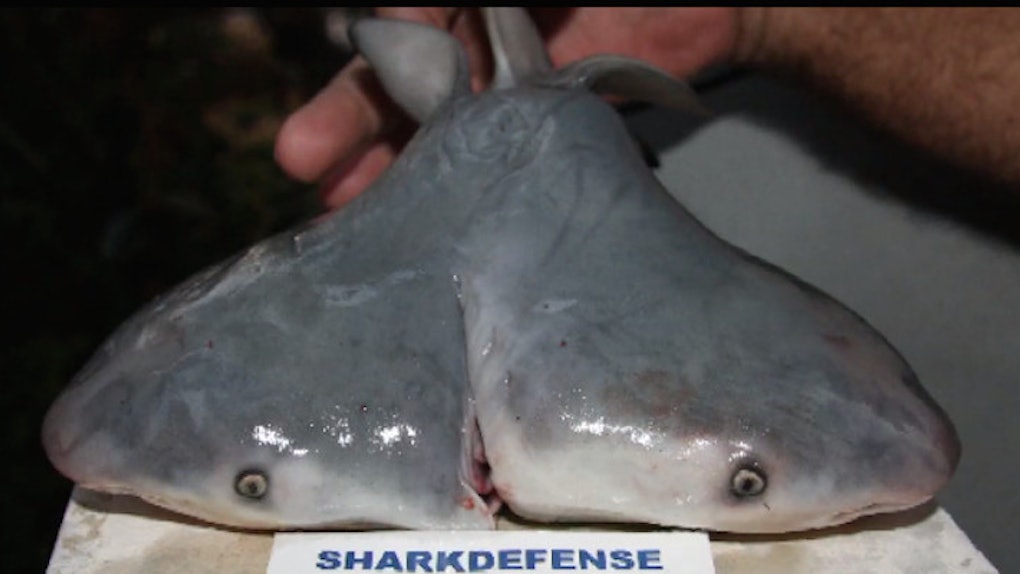 I feel like Satan forgot to do a bunch of bad shit last year, so he's packing it all in 2016. His newest addition: two-headed sharks.

Perhaps the most conspicuous topic absent in this near endless election cycle is the environment.

You see, boys and girls, there once was a time when the fact that we're turning our planet into an inhospitable wasteland actually scared us.

Yes, I know it's hard to believe, but we used to care about stuff other than money and flags.

Anyway, now we have two-headed mutant sharks popping up everywhere and no one really knows why.

The leading hypothesis is over-fishing has caused sharks to inbreed more and more, which leads to genetic abnormalities.

Basically, we're making sharks fuck their family. Which is, like, very rude of us.

Other theories consider the impact of pollution and viral infection, but instances of this mutation have been popping up in waters across the globe.

In 2013, fishermen in Florida caught a bull shark and discovered it was pregnant. Within the uterus was a two-headed shark fetus.

Most discoveries of this mutation occur like this, as the sharks succumb very quickly to their deformity.

Many of these sharks have two functioning hearts and stomachs. You can see this clearly in the X-Ray in the video at the top of the article.

This is important because it reminds us that as humans impose their will on wildlife more and more aggressively, the consequences become harder to predict or ascertain.

For all we know, our constant oil spills might be creating a underwater leviathan.

Or maybe the threat will come in a simpler, more realistic package: Waters will rise slowly but surely thanks to glacial melting, and then coastlines get demolished and millions of people starve.

I think I'd prefer sea monsters.