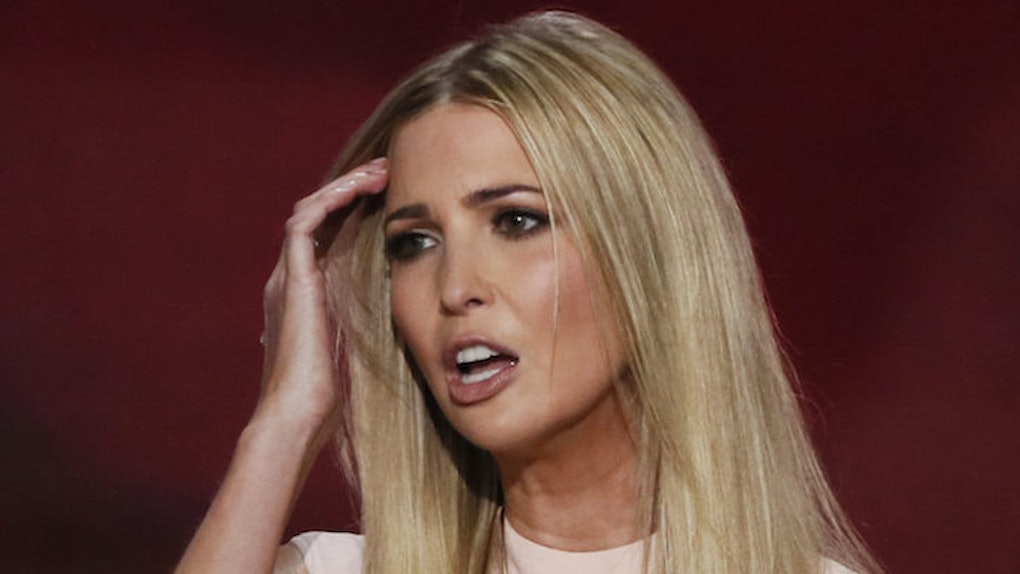 Some people believe a coffee date with Ivanka Trump is worth $50,000.

The rest of the free (for now) world? Eh, not so much.

In fact, some people are deciding that the best way to troll president-elect (and human-pumpkin hybrid) Donald Trump is to go after his daughter's name-brand shoes — Ivanka Trump Women's Issa — on Amazon.

The ratings are pouring in, and let's just say if more person gives a one-star review of Ivanka's boots, this shoe will basically be the "Gigli" of the fashion industry.

One reviewer said the boots are perfect ... if you're a straight, white, Christian male. Otherwise? Not so much.

Oh hey, Ivanka! Get in here! You got a four-star review! Oh ... wait. Never mind. Apparently, these "boots were perfect for wiping my feet on the Constitution."

Jeez, Susan Harper. I'm not sure if I'll ever have the instance to trample asunder the highest law in the land, but if I do, I'll keep these boots in mind.

Someone thought the fact these boots were made in Gina — excuse me, China — is a little suspect.

These boots are made for walking. And that's just what they'll do. One of these days these boots are gonna ... walk your ass back to the 18th century?

Wait, are these time-traveling boots? If they are, how are people only giving them one star? THAT'S IT?!

Out of all the ways to push back against the Trump administration, I'm not sure if poorly reviewing his daughter's shoe is the best. But then again, civil disobedience takes all shapes and sizes — even in the form of boots.

Citations: Ivanka Trump's boots are getting some pretty pointed reviews on Amazon (Mic)