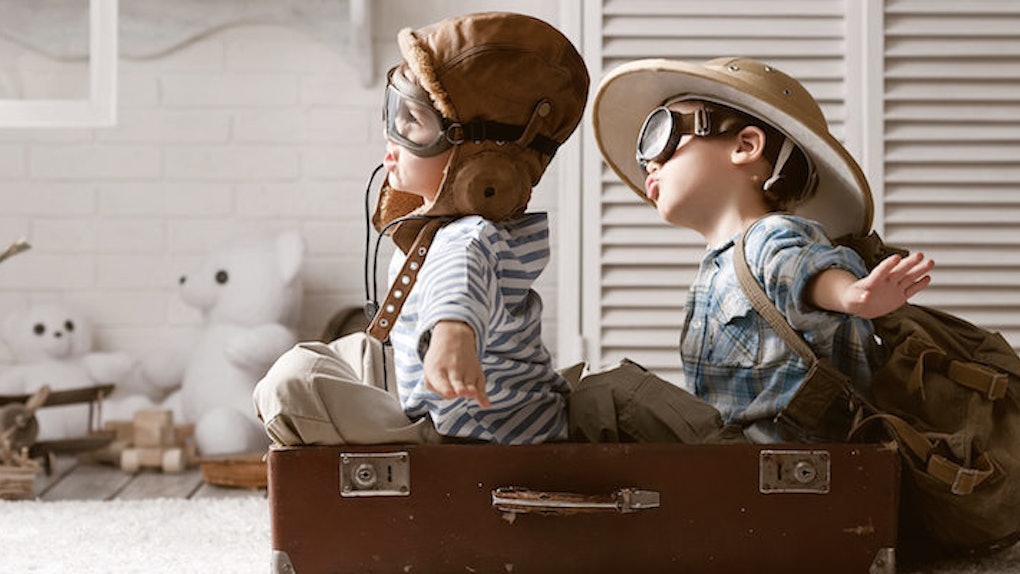 Planning Your Next Vacation Is The Ultimate Way To Stay Young

A few weeks ago, I took a train trip across America. I traversed parts of the country I'd never seen before, including Nevada and its epic desert landscape.

I'd never seen anything like it before. In fact, I felt a lot like a little boy on his first trip to Disney World. Simply put, I was filled with wonder.

This is what travel does to us. It returns us to a childlike state, and we can't help but feel intoxicated by the novelty of new places.

It's amazing, for example, how a 10-day journey can feel like months. But when you return home and head back to work, the next 10 days zip by before you even know it.

This is another parallel between travel and childhood: Time is slower.

We're all familiar with this feeling. The older we get, the faster time goes.

The days, weeks, months and years just seem to stack on top of one another with increasing speed. But when you were a kid, a year felt like a lifetime.

This isn't a coincidence.

As Drake Baer notes for Science of Us, it's linked to what psychologists refer to as the "oddball effect".

While time might slip away (whether we like it or not), that doesn't mean our perception of it is on par with the rate at which it has actually gone by.

In other words, time is objective. But the way we perceive it is subjective.

Research shows monotony makes us feel as though time passes more quickly, while novelty slows down our perception of time.

In one experiment from 2004, cited by Baer, people were asked to sit in front of a computer screen. They were then shown a series of flashing images.

The screen displayed a plain brown shoe repeatedly, but showed a flower just once. At the end, participants said they felt the flower was on the screen for a longer period of time. But in reality, it was the same exact duration as the amount of time each shoe was shown.

This is because our brains take longer to react to novelty than to monotony or repetition.

Experiences of awe bring people into the present moment, which underlies awe's capacity to adjust time perception, influence decisions and make life feel more satisfying than it would otherwise.

What's more awe-inspiring than traveling to a strange place and being immersed in the unfamiliar?

In a sense, this is what our entire childhood is like: It's a period of constant discovery.

This is precisely why being a kid and being a globetrotter aren't all that different.

It's also why time feels different for both children and those who spend a lot of their time exploring every nook and cranny of this incredible planet.

Travel is the death of routine. It challenges us to step outside of our comfort zones and renews our lust for life, thus making us kids at heart.