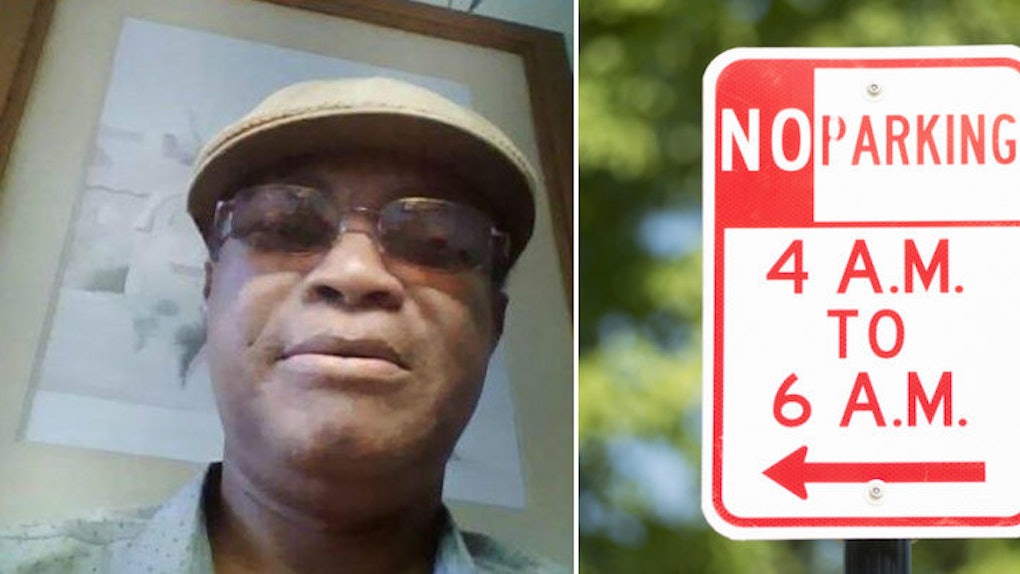 Carolyn White was walking by Broward County Courthouse in Florida when she noticed  an SUV covered in parking tickets. She took a closer look and found a man slumped over in the driver's seat.

It was the body of Jacob Morpeau, who had died from natural causes. He was 62 years old.

It has not yet been established how long exactly Morpeau was in the parked Isuzu Axiom, since the medical examiner was unable to pinpoint a time of death.

But according to a police report, Morpeau's family had not heard from him for several days before his body was found. His 34-year-old son, Alain, reportedly told Sun Sentinel that his father last spoke with friends around 8 pm on November 11, and he wondered if any officers ever spoke with his father.

The last ticket was issued at 6:42 am on November 15, just six hours before White found Morpeau's body.

This makes it pretty unlikely that Morpeau was not in the car at the time at least one of the tickets was issued.

"It was sad," said Kevin McGoey, owner of a nearby business, who called 911 after White discovered the body. "The guy was probably sitting there all weekend."

"I'm so sorry for the family," said White. "I wish I could have been there earlier."

White said she understood why the person writing the tickets may not have seen him from the driver's side.

"He was underneath the steering wheel, his head was in the middle of the seat, between the two seats," White said. "But you could see him on the passenger's side. That's how I seen him, from the sidewalk."

Plus, the car allegedly had tinted windows, which could have explained why, at first glance, Morpeau's body wasn't noticed.

Kevin McGoey took issue with this, however.

"He's got five tickets," McGoey said. "Why not see if something was wrong? They've got to use a little discretion instead of just writing tickets."

The tickets, which amounted to $160, have been waived by the city because of "extenuating circumstances," which is the understatement of the century.