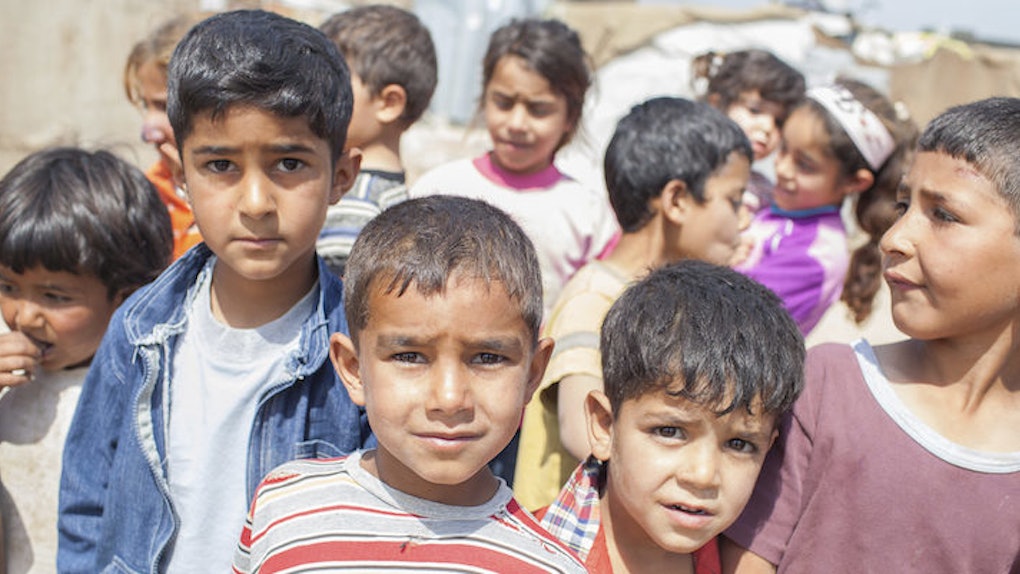 Why There's Concern For Australia's Increased Capacity For Syrian Refugees

Refugees are pouring into Europe, and Germany, in particular, is stepping up during this humanitarian crisis.

In Australia, our prime minister, Tony Abbott, originally announced we would not take in any additional refugees as a result of the Syrian crisis. But he recently indicated we would take a higher percentage of our intake from Syrian refugees than planned.

Facing some pressure, it looks like we will now increase our net intake (from a previous cap of 13,750), though the numbers seem fluid. Various political parties are calling for an extra 10,000 to 50,000 in some quarters.

For comparison, Germany looks to take approximately 800,000 refugees this year.

But how is Australia going to treat these refugees when they get here? There's the rub. We’ve been lambasted for various human rights violations about how we deal with asylum seekers, including children.

It's all water off a duck's back, according to most politicians of our two major parties.

But something big just happened. Doctors, nurses, psychologists, teachers and others looking after children in detention centers will now face prosecution if they report abuse of these children.

I’ll repeat that, so you are clear it’s not a typo: Doctors, nurses, psychologists, teachers and others looking after children in detention centers will now face prosecution if they report abuse of these 138 children.

Under the new Australian Border Force Act, the very people who ordinarily have a legal obligation to report any abuse of children are now forbidden from undertaking that duty of care for asylum-seeking children in detention.

So, what did more than 40 of those former and current caregivers decide to do?

Well, under threat of facing two years in prison for doing so, they published an open letter, stating they would not be silenced.

These are the people who will be looking after children if we increase our intake, and they're putting their asses on the line to stand up to this incredibly flawed system.

These people have a duty of care in the course of their jobs, and they have ramifications if they fail to report abuse. But they face up to two years in jail if they fulfill their duty of care obligations in detention centers and report abuse.

And why are we doing this? Who knows. There’s not a strong case.

Worryingly, there’s not any case at all. There is no reason given as to why the Government and Opposition actually think this makes things better. There is no reasoning for terrorism, border protection, ISIS, Kanye 2020, Ebola or any of the other national emergencies we so often hear about.

Let’s not forget this is about the children, the 138 children. And we're going to take more of them in because of Aylan Kurdi.

Both our Government and Opposition seemingly care more about Aylan Kurdi than the children we already have in detention. How do we care more about a dead child than we do about the ones still alive and in our care?

This is not to diminish Aylan, of course, but to raise the obligations our government should have for those already in our care.

If it is in our control to afford a child the oversight and protection we demand for our own children, yet we actively deny someone else’s child that same protection, what have we become?

What is so crucial to our country that we can’t fulfill a moral — I once thought legal — obligation to report abuse of someone else’s beautiful child?

We want to do "the right thing" and take in more children. Tony Abbott recently said our House of Representatives had "a good spirit and a good heart" in regard to the Syrian issue.

Where is our country's "good spirit and good heart" on reporting abuse? Nowhere to be seen.

If I could find the details of these 138 kids, it’d be worth printing their names alongside each of their photos, so we could humanize them. We need to view them like we do Aylan.

Of course, we're going to forget about Aylan. He's not going to stay in our hearts or minds for too long.

But we need to remember these are children, not numbers.

We can say we're going to take in more refugees. We can make the numbers look better, make it look like we're doing our bit.

But, we need to have a clear conscience about how we're going to treat these kids while they're in our care. And with that, our politicians fail. They have failed these refugees miserably.

Why is it acceptable for us to want certain protections for our own children, yet not afford those same protections to the children who are in our care?

How are our politicians galvanized into action by a dead Syrian boy named Aylan Kurdi, but not by the boys and girls who didn't drown and are now in our care?