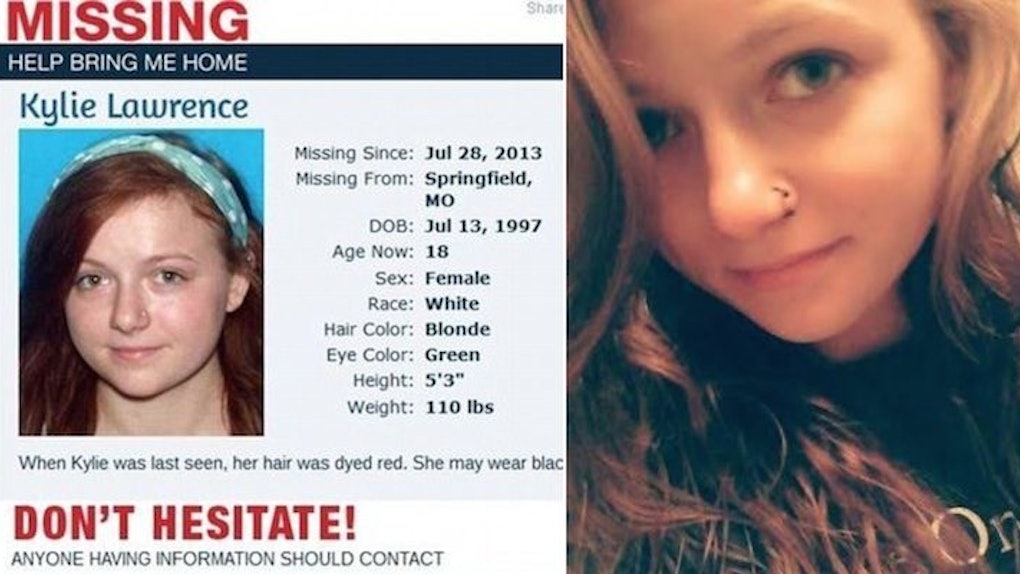 Two years after running away, Kylie Lawrence started to post on her Facebook page again in celebration of becoming a legal adult.

The 18-year-old Missouri resident was first reported as a runaway in 2013 when she was 16 years old.

One of the ways Kylie was able to successfully avoid the police was by staying off the social media grid during her absence.

Though Perry Epperly of the Greene County Juvenile Justice Center says her case was closed due to reportedly confidential circumstances, Kylie still feared she needed to remain underground while on the run in order to avoid the cops taking her into custody.

All that changed when Kylie turned 18 on July 13, making her a legal adult and leaving authorities with no control over her actions.

Through a series of Facebook posts, Kylie announced her return to the public.

In a comment thread on one of the posts, Kylie went into detail about how the police eventually found her at Battlefield Mall in Springfield, Missouri but let her go soon after.

Police were called on Kylie, but after they showed up, they told her she was technically free to go.

Lisa Cox, a police spokeswoman, confirmed Kylie was informed she was classified as a missing person by officers who showed up to the call and then told she could leave.

She recently changed her cover photo to really drive home just how free she was.

It is unknown if Kylie's family was informed of her return.

I'm very excited for this to be turned into a made-for-TV movie or at least a John Green novel-turned-movie.

Citations: Two years of running from the damn cops Missing teen comes out of hiding two YEARS to the day after her disappearance but police let her go because shes now 18 (Daily Mail)