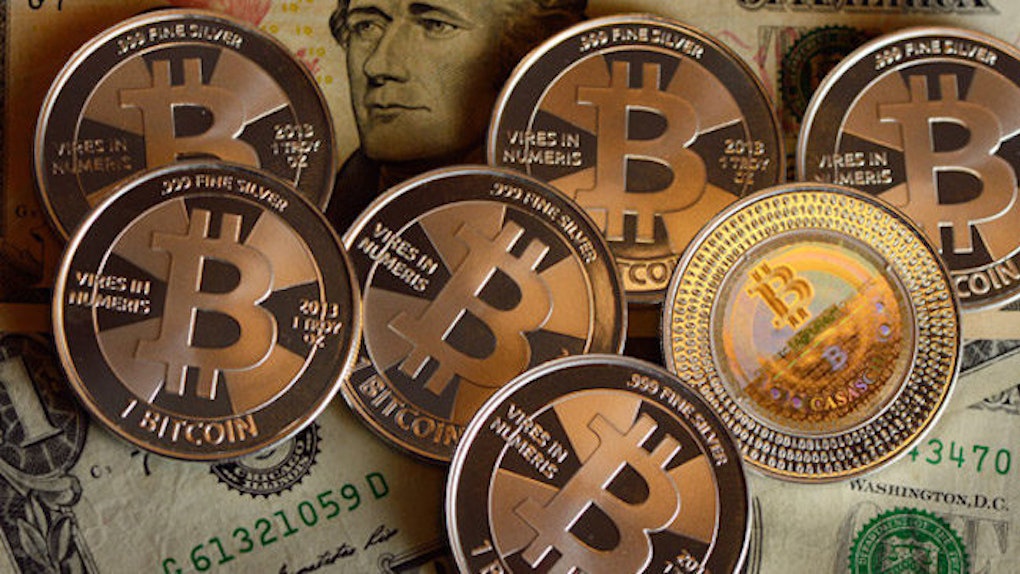 These Bitcoin Documentaries That Will Change Your Views

Bitcoin: You've probably at least heard the word, or maybe you're already a fanatic. Regardless, this interesting form of currency has established a lot of credibility for itself in recent years.

But, let's start from square one.

It is unique, revolutionary and, in some ways, still very experimental.

Bitcoin, also known as "digital gold," is a pioneer in the world of economics and finance. In 2009, it debuted as the world's first form of legitimate cryptocurrency.

Most mediums of exchange are physically based, but Bitcoin uses cryptography and remains digitally based until it is exchanged for something else. It uses cryptography not only to secure its transactions, but also to create units.

By definition, Bitcoin is considered a medium of exchange, but it also possesses some unique characteristics.

First and foremost, Bitcoin is decentralized. That means there is no government power or federal reserve type of system in control.

The rules and stipulations of Bitcoin were outlined when it was created and are completely straight-forward.

It is also very anonymous and totally transparent. A publicly accessible ledger, called the Bitcoin blockchain, holds most of the information on each and every Bitcoin block (unit) that has been mined.

Essentially, anyone can partake in mining Bitcoin. Using computing power, miners are able to "mine" the unique numbers that produce Bitcoins. As gold was the backing of the gold standard, mathematics is the backing for Bitcoin.

In contrast, this is what makes it experimental. There has never been anything quite like this before, so the very definition of currency must be modified to include the parameters of cryptocurrencies.

Another unique element to "digital gold" is that it can be exchanged for virtually any country's currency, even though it's so unique.

There are now Bitcoin trading markets, and even Bitcoin ATMs are popping up around the world.

Many people remain skeptical of the longevity and future success of cryptocurrencies, and these following documentaries showcase some interesting angles on Bitcoin.

Consider watching one or all of these films if you're interested in learning more about digital money.

"Bitcoin: The End of Money As We Know It"

We're all familiar with how the Internet revolutionized the tech world, and digital currencies are about to do the same thing to physical paper money.

The trailer for this documentary states, “Money is a catalyst for the worst, and the best, of human endeavors.”

"Bitcoin: The End of Money As We Know It" addresses this idea, and gives the audience insight into what the future has in store for money as we know it.

Explore how Ugandan citizens who work and study in America are using bitcoins to their advantage. Family structures in Uganda are different than those in the United States.

They are much more group oriented, and the one individual who has the advantage to work in another country typically helps support his or her entire family back home.

As cryptocurrencies are virtually free of any transferring fees and stipulations, they make it easier, faster and more cost efficient for many people who are otherwise struggling to get by financially.

Do you think it would be possible to live without the use of conventional money? Could you pay your bills or put gas in your car with digital gold? Is there a grocery store you could shop at? And could you travel?

New technologies within the smartphone industry, as well as the rise of mobile payment options, show tremendous promise in integrating alternative currencies into our day-to-day lives.

This documentary answers all of those questions, and follows a newly married couple as they survive on only Bitcoins for the first 100 days of their new life together.

When you think of those who pioneer new technology and the idea of digital money, farmers probably aren't the first demographic that comes to mind.

However, small-scale organic farmers around the world are benefiting from the freedom Bitcoin allows.

Over 50 percent of data breaches last year were in the business sector, and this has left many paranoid and skeptical about the security of transferring funds.

When farmers bypass traditional money transferring services, they are able to move assets with instant gratification, and without outlandish fees.

These farmers are in charge of their finances, and they know it. What other work forces will follow this emerging trend?

The origins of Bitcoin are both mysterious and controversial. Who was responsible for the creation of such a radical form of currency? Was it an individual savant or a group of people?

"I Am Satoshi" is an immersive overview of the incredible history of this groundbreaking technology.

"Life Inside A Secret Chinese Bitcoin Mine"

Mining operations for cryptocurrencies are emerging all over the world, and for good reason.

These types of underground entities have recently seen tremendous success, and brilliant and revolutionary minds curated one of the largest surges of wealth imaginable.

Check out the ways one operation in China saw so much mining triumph that they threatened to entirely wipe out digital money's credibility.