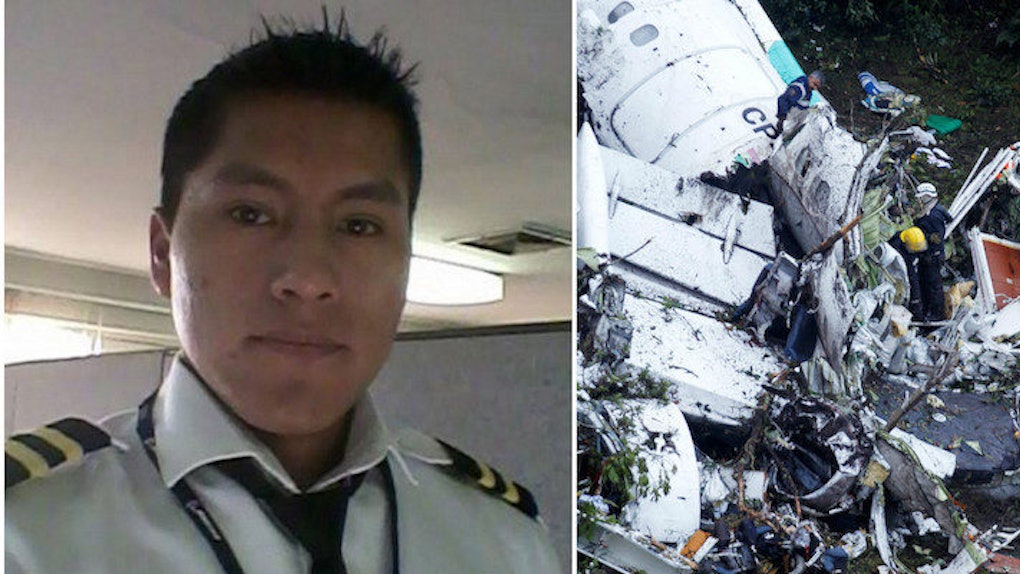 A survivor of the Colombia plane crash that claimed the lives of Chapecoense soccer players has spoken out about the final moments leading up to the tragedy.

Erwin Tumiri, a crew member, said safety procedures saved his life when the aircraft smashed into the mountains near the town of Medellín, Colombia on Monday night.

Many passengers got up from their seats and started yelling. I put the bag between my legs and went into the fetal position as recommended.

A total of 71 people died in the crash. The initial number of fatalities was reported to be higher, but the figure changed after Colombian aviation authorities confirmed there weren't as many people on board as originally thought.

Tumiri is one of six survivors. Three members of the Chapecoense soccer team survived and are currently being treated at a nearby hospital.

The team was set to play Atletico Nacional of Medellín in the Copa Sudamericana final. Today, fans are mourning the loss of their players.

Exactly what caused the crash is unclear at this stage.

The pilot of the LaMia CP-2933 contacted a control tower while flying at 10,000 feet to say the aircraft was experiencing electrical difficulties, reports El Tiempo.

In audio obtained by a local radio, Miguel Quiroga can be heard saying the plane has an electrical fault and is low on fuel.

The plane is believed to have broken in two after it smashed into a mountain.

An investigation into the cause of the crash is underway.

Officials have flown over from Brazil to examine two black boxes found in the wreckage.

Yesterday, rescue workers were pulling bodies away from the site and loading them onto a helicopter.