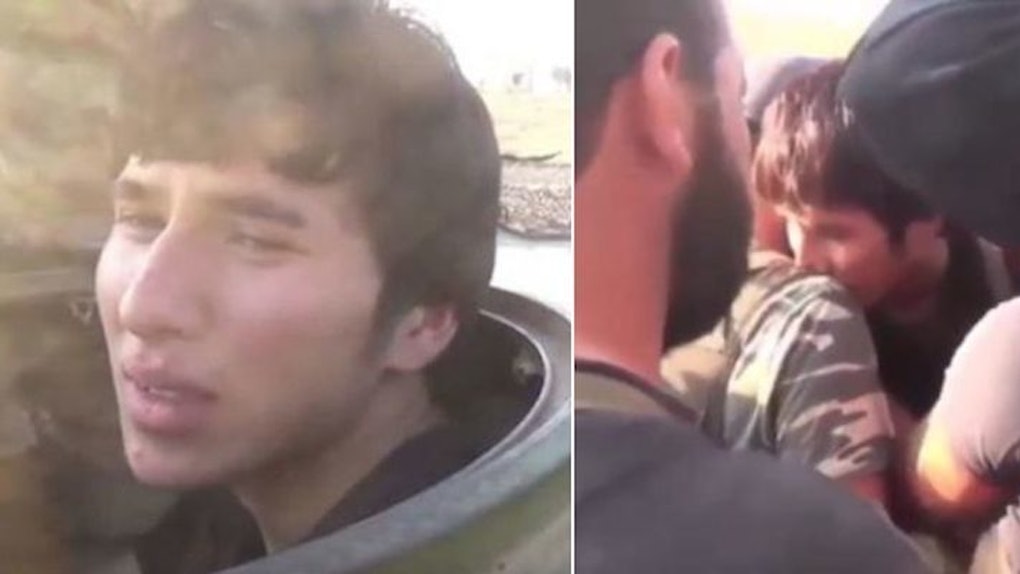 As civil war rages in Syria, a video released online brings a chilling aspect of battle into the minds of all who watch it.

In the video, a jihadist suicide bomber identified by reports as Jafar al-Tayyar from Uzbekistan is seen climbing into an explosives-laden tank as fellow militants comfort and encourage him.

As al-Tayyar sobs, one among the crowd reportedly tells him,

Jafar, my brother, don't be afraid. When you are scared, remember Allah.

Some time after riding off, al-Tayyar's tank exploded in a nearby Shi'ite town in the Syrian province of Idlib along with six other suicide bombings, according to The Australian.

Attacks like these worsen the refugee crisis, causing millions of people to run, displaced by war, from their homes and their country.