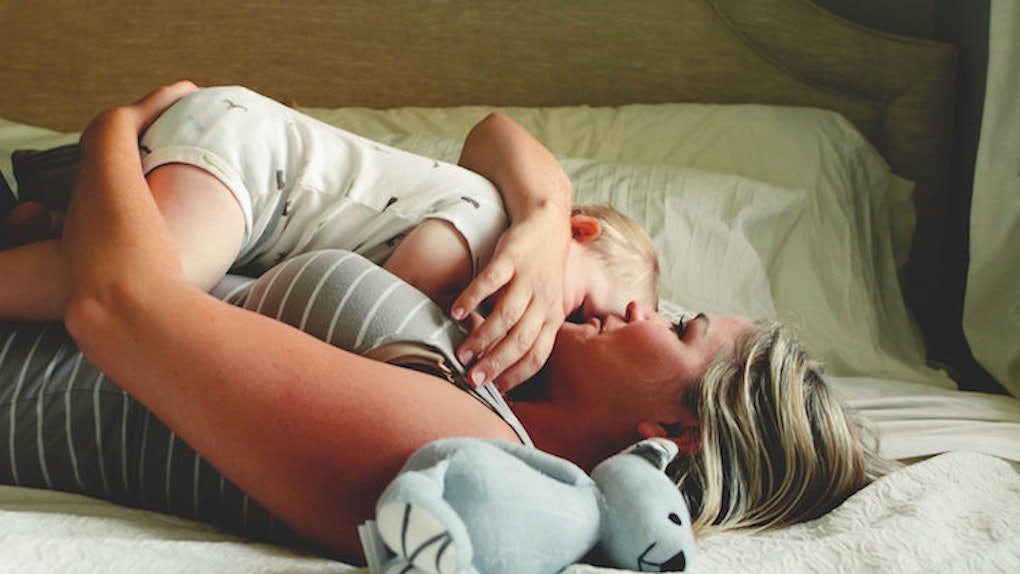 As it turns out, the happiest day of your life can lead to boundless depression.

According to biological anthropologist Dr. Helen Fisher, the social aloofness created by the demands of parenthood can cause more unhappiness than losing your spouse or your livelihood.

During a visit to “CBS This Morning” on Wednesday, Dr. Fisher said,

You get some presents from various friends, and then they just leave you alone because they figure you're too tired and too busy.

Adversely, tragedies and unemployment inspire friends and loved ones to visit. She explained,

Researchers Rachel Margolis and Mikko Myrskylä studied data from 2,301 parents in Germany who took part in the German Socio-Economic Panel Study between 1984 and 2010.

Margolis and Myrskylä found the happier parents were those who had multiple children, had their firstborns at younger ages and were, in many cases, immigrants.

Fisher believes the fact that the happier parents were immigrants whose first stabs at parenthood did not scare them away from having second children could suggest they were more active within their families and cultural communities than others.

Unfortunately, modern society does not lend itself well to group interactions for parents.

We used to live in large communities, and our allegiance was to God and to community and larger family. Now it's to one person, and when one that system begins to break down with the exhaustion, etc., then you're losing almost everything.

Women, who fulfill the traditional roles of caregivers, should be most active about making connections, the study seems to indicate.

I jog in Central Park in the mornings, and I see these groups of mothers with their little baby carriages with tiny babies in it, and they're building that local community that the human animal needs, but they will all go home alone; they will all spend the rest of the day pretty much by themselves.

Now, it seems, with all of the responsibility new parenthood brings, there is also pressure to socialize.

Perhaps, for the time being, I'll keep things low maintenance and continue thinking about what it might be like to one day care for a houseplant.