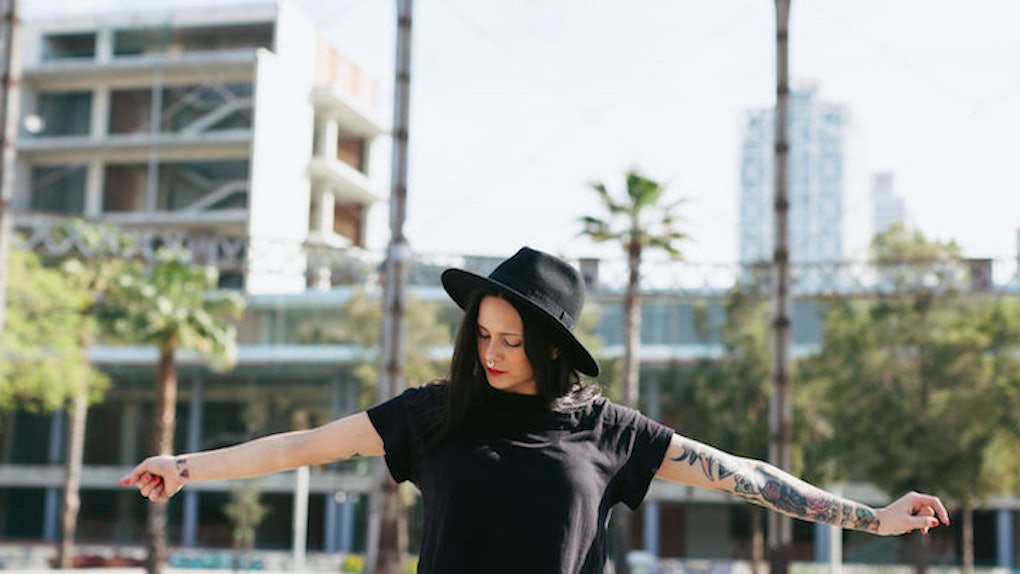 I guess goth kids and Olive Garden employees were onto something.

For as long as we've worn cloth to cover our bodies, black clothes have been associated with dreary times and dark occasions.

That assumption may actually be wrong, though, as a recent study done on 1,000 people by shirt retailer Buy T-Shirts Online shows black clothes may actually inspire confidence within the wearers.

In a study on how different colors are perceived, 56 percent of people asked -- or 48 percent of women asked and 64 percent of men asked -- said they thought black was a "[color] of confidence."

This means wearing black on something like a first date or job interview may be the best option to increase your chances for success.

The study also found 66 percent of women said they thought black was the most attractive color when worn by the opposite gender, and 54 percent of women would wear red on a first date to feel sexy, but only 28 percent of men would consider that an option.

On the reverse side of all this, the study clearly showed you should never wear orange or brown to events where you need to be confident; only 2 percent of women and 6 percent of men thought it was fine to consider donning orange to a first date, and only 5 percent of people asked, overall, believed it was OK to wear brown.

This shouldn't come as a surprise. Look at the Cleveland Browns' uniform and argue the orange and brown combination is fit for success.

Other findings in the study point to how red is considered the most arrogant color while pink is looked upon as the least intelligent one.