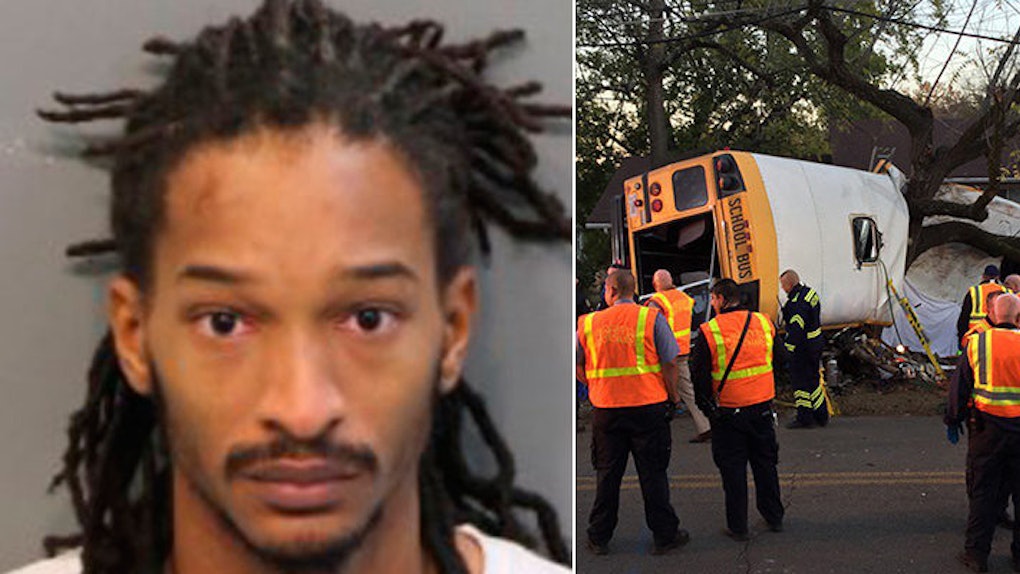 Weeks before he led school children on a journey that resulted in a fatal crash, students tried to warn administrators about Chattanooga bus driver Johnthony Walker.

That much was made clear by the release of records by the Hamilton County School District, which presides over Woodmore Elementary School in Tennessee.

CBS News reported on the release of the complaints, which in one case warned that Walker drove in a way that made students hit their heads.

The bus diver drives fast. It feels like the bus is going to flip over. ... He makes people go seat to seat back and forth, when someone is in the aisle he stops the bus and he makes people hit their heads.

Another student echoed those same sentiments and painted the picture of Walker being a severely reckless driver.

The bus driver was doing sharp turns and he made me fly over to the next seat. We need seat belts.

In addition, Woodmore Principal Brenda Adamson-Cothran wrote to the school district's transportation supervisor that six students had complained that the driver "was swerving and purposely trying to cause them to fall today," CBS News reports.

Coincidentally, six is the exact number of children who tragically died as a result of the crash that occurred on Monday.

While carrying 37 students aboard his bus, transporting them from Woodmore Elementary, Walker's bus flipped over and slammed into a tree, according to WDEF-TV.

The crash not only killed six children, but it also sent over 20 students to the hospital.

Furthermore, court records show that police claim Walker was driving past the speed limit at the point at which he lost control, CBS News reports.

What's more? One student alleged that the driver asked students before the crash, "Are y'all ready to die?"

All in all, the details of the case make for a tragic story that is likely to extend to the court, as the driver has since been charged with vehicular homicide.

But, it also looks like a story that was unfortunately foreshadowed by multiple students' complaints.