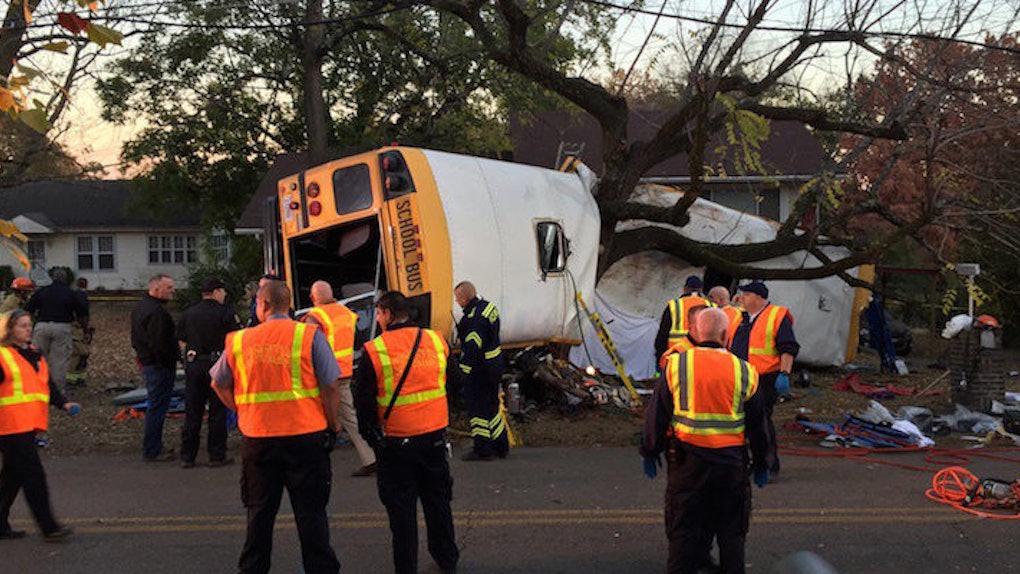 Chattanooga Driver Asked Kids If They Were 'Ready To Die'

The school bus driver responsible for a crash that killed five children in Chattanooga, Tennessee reportedly asked the children if they were "ready to die" right before crashing the bus, CBS News reports.

According to Jasmine Mateen, who had three children on the bus,

My daughter said right before the bus flipped that he was speeding around the curve and asked them, 'Are y'all ready to die?'

Mateen's 6-year-old daughter was killed in the crash.

Johnthony Walker, the driver, has been charged with vehicular manslaughter.

There were apparently many issues with Walker before the crash.

He allegedly once told the kids, “Shut the F up, I have a hangover," and he also forced the kids to ride with the windows up on an extremely hot day, according to Mateen.

According to CBS News, officials say Walker was speeding around a curve when the bus flipped and wrapped around a tree.

There were 35 students from kindergarten to fifth grade on the bus. Five kids were killed and more than 20 were taken to the hospital with injuries.

The crash, which occurred on Monday afternoon, has hit the local community very hard.

Parents were understandably very upset and others reportedly lined up to donate blood.

Speaking on how the community is coping with this awful situation, Mayor Andy Berke said,

The most unnatural thing in the world is for a parent to mourn the loss of a child. There are no words that can bring comfort to a mother or a father. So today, the city is praying for these families.

It's devastating. You send your kids to school and think you're going to see them that evening. We're really just praying for all the families right now, for what they're going through.

Of the children killed, one was in kindergarten, one was in first grade and three were in fourth grade.

These little ones were robbed of their lives far too soon, and one can only imagine how their families are dealing with this as we head into the holidays.