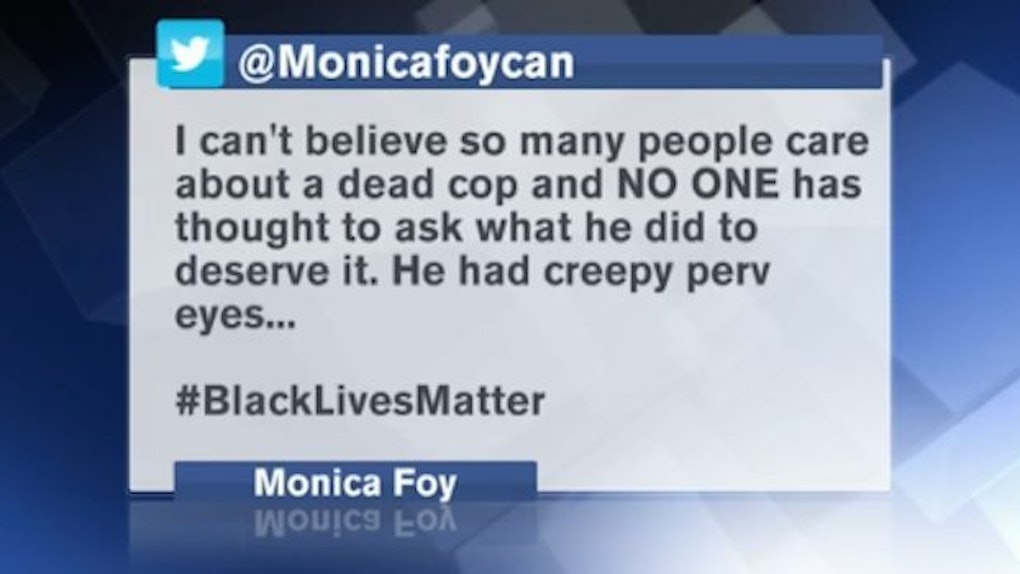 A Sam Houston State University student who famously sent an insensitive tweet about the death of a police deputy in Texas was reportedly arrested by authorities for an unrelated incident.

It all started on Friday when Darren Goforth, a deputy for the Harris County Sheriff's Office, was shot in an alleged ambush while he was pumping gas.

After news of Goforth's death spread, the public responded with an outpouring of support for those affected by the loss of the deputy.

I support our Law Enforcement officers!!! God Bless Deputy Darren Goforth Will pray for him and his family... — Casey Donahew Band (@caseydband) August 30, 2015

Monica Foy posted the following on her since-deleted Twitter page.

The tweet went incredibly viral, and Foy soon found her notification tab flooded with angry users calling her out.

@BreitbartTexas @terry_crafton God Almighty will judge Monica Foy and all those who are inciting hate. You're destroying America with hate. — Mardo Jiménez (@MardoJimenez) September 1, 2015

Around 7:30 pm our agency received a call from someone making us aware of the warrant. We confirmed it was active. We went to her home and she was taken into custody without any problems.

You can watch KBTX's full report below.