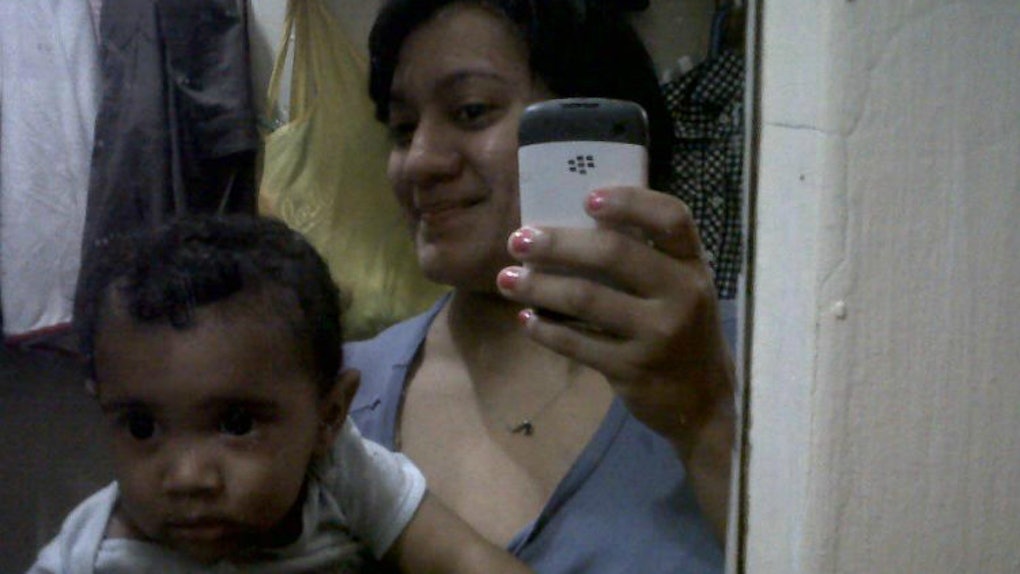 Now, he is being charged with the murder of the woman and their four-year-old boy.

The former student confessed to the crime and said he was angry with Barahona for dressing their son, Miguel, as a girl.

Neighbors of the victim confirmed she would sometimes dress her son in girl's clothing. They said she was often seen playing with him and she was incredibly protective -- almost obsessive.

Duran also informed police he had issues with paying child support and mentioned the "devil" during his confession.

Barahona, who was fired from her position at the Bronx high school and was an Afghan War veteran, was found dead in her upper Manhattan apartment.

She had an electrical cord wrapped around her neck and was left on the living room floor. Miguel was found face down in a bathtub filled with water.

The superintendent of the building called police on Monday when he noticed a foul smell coming from the apartment. He saw her body through the fire escape. She may have been in the apartment for four days.

At first, Duran acted as though he was grieving for his son and told police he hadn't been to his teacher's apartment since 2011. However, he was captured on surveillance footage entering and leaving the building for a number of days.

This includes six days ago, when he entered and exited the building in different clothing.

When Barahona was 32 and Duran was 17, the two had a four-month long affair, she also allegedly bought wedding rings. During this time, the two would meet up five times a week.

After those four months, and shortly after she found out she was pregnant, Barahona kicked Duran out of her home for drinking.

She told her student not to use condoms because she disliked them, and delivered Miguel in August 2012.

Barahona is survived by an eight-year-old daughter from a previous relationship. She did not live with her mother.