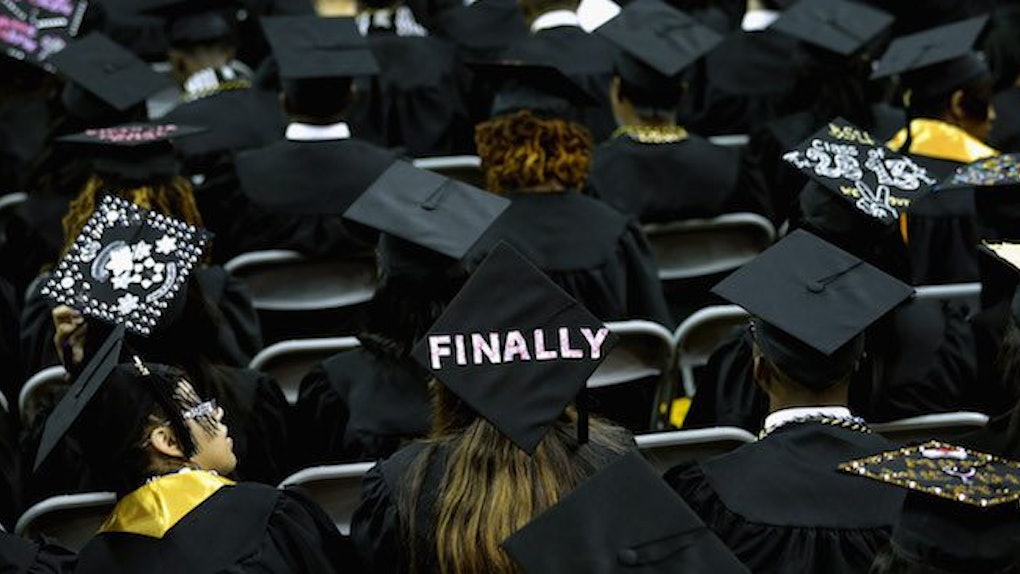 Student debt is a headache and a half. Even if you have a manageable amount of debt (in which case, please tell me your secret right now so I can sell it and pay off my loans), just keeping track of who owns your debt and where the checks go can be a hassle.

Well, in an immensely satisfying turnabout-is-fair-play style development, it turns out those student loans are turning into an even bigger hassle — for a lender.

One of the country's largest owners of private student loans, National Collegiate Student Loan Trusts, may be on the hook for at least $5 billion worth of student loans due to bad paperwork, according to The New York Times. Dozens of lawsuits against students in default on their loans have been dismissed, effectively wiping out their debt.

And all because National Collegiate couldn't provide documents proving that they owned the loans.

Oh, schadenfreude, how sweet you are.

It's common practice for banks and other financial institutions to bundle together loans and sell them off to another creditor.

That creditor may subcontract payments through another company, and, if you fall behind or default on your loan, then subcontract that collection through yet another agency. If you have a couple of loans with a few different lenders, it can suddenly become very hard to keep track of who you're paying for what and where the money is going.

And now, that game of financial Telephone is coming back to bite National Collegiate in the rear.

The creditor, which is a network of 15 trusts that hold the debt of 800,000 private student loans worth a total of $12 billion, fiercely pursues borrowers who fall behind on their payments, bringing multiple collection cases per day and tens of thousands of lawsuits over the past five years, according to The Times. But after passing through so many hands, much of the crucial paperwork is missing, and National Collegiate is reportedly often unable to prove it owns the loans — and with no one able to claim their debt, borrowers are able to walk away effectively debt-free.

National Collegiate is reportedly more than aware of its problem and how big it could get. Tens of thousands of their borrowers are in default, making the potential losses enormous if the creditor can't produce paperwork for the loans. In a legal filing found by The Times, its lawyers noted:

As news of the servicing issues and the trusts' inability to produce the documents needed to foreclose on loans spreads, the likelihood of more defaults rises.

In other words: if people hear that we can't prove they owe us money, they're going to stop paying us.

I certainly can't advise that you stop paying off your student loan (it will do terrible things to your credit, which is a thing that stupid #adulting says we have to worry about, lame), but I also won't blame you if you take off at a run to see who owns your debt. What you do after that is up to you.