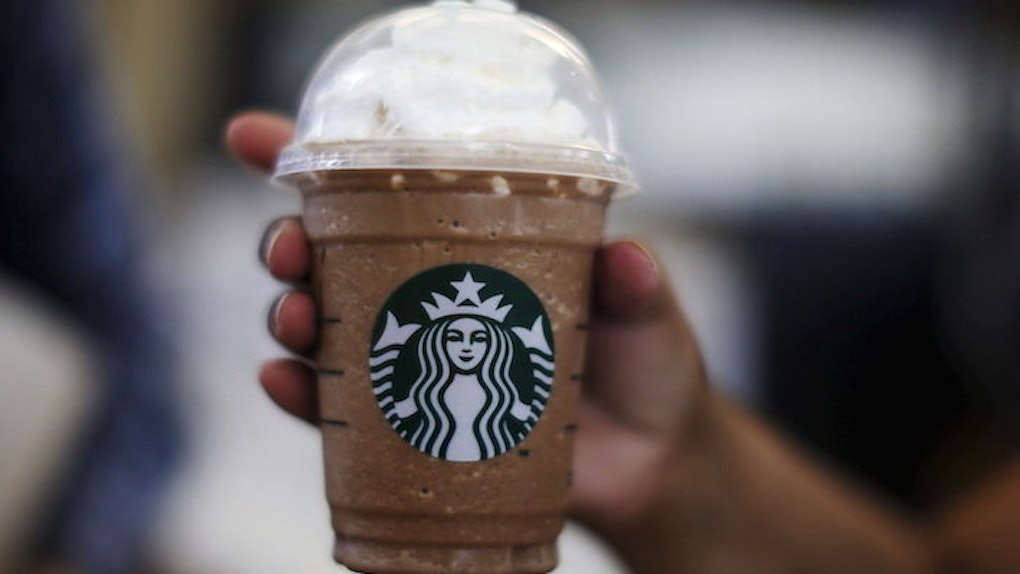 Now That's Cold: Starbucks Is Being Sued For The Most Ridiculous Reason Ever

People have sued businesses for some pretty ridiculous reasons over the years.

In 1991, one man sued the maker of Bud Light for false advertising because, basically, beautiful women did not appear while he was drinking the beer.

In 1994, one woman sued McDonald's because its coffee was just too damn hot.

In 2013, a group of people sued Subway because its footlong sandwiches fell an inch short.

Now, we can all add one more crazy lawsuit to the list.

Stacy Pincus officially filed a 29-page complaint in the US District Court of the Northern District of Illinois in Chicago against Starbucks over the amount of ice the coffee giant uses in its beverages.

Pincus said in the complaint,

In essence, Starbucks is advertising the size of its cold drink cups on its menu, rather than the amount of fluid a customer will receive when they purchase a cold drink — and deceiving its customers in the process.

But guess what, Pincus isn't just hoping to cash in on the lawsuit for herself. In fact, the class action lawsuit covers anyone who has purchased an iced beverage at any Starbucks in the last decade.

Pincus is reportedly asking for more than $5 million in damages, which presumably will be used to pay back individual customers.

In response, Starbucks issued a statement to TMZ, calling the lawsuit "absurd" and adding,

Our customers understand and expect that ice is an essential component of any 'iced' beverage.

Do you feel shorted by Starbucks? Let us know in the comments.