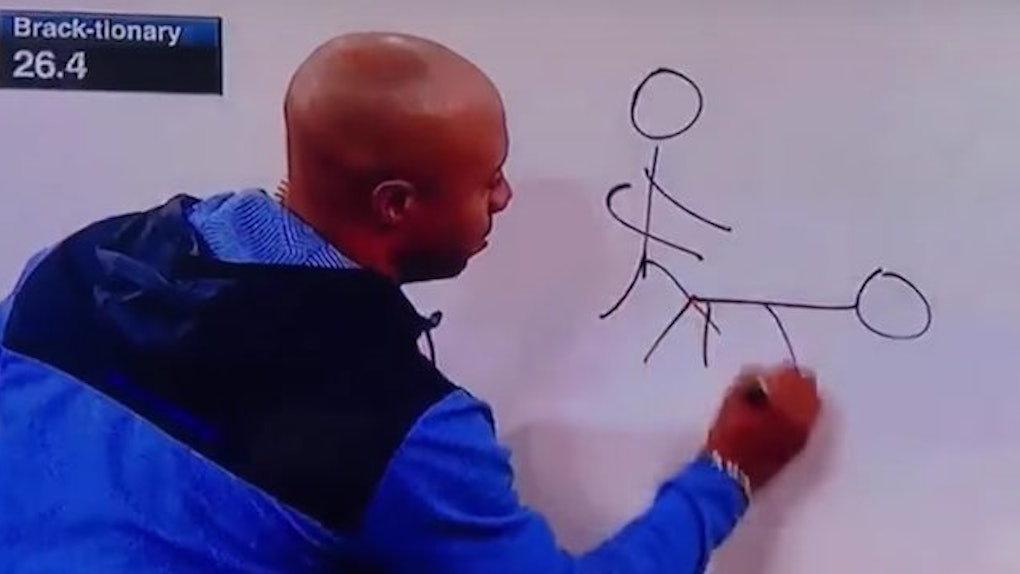 Live TV can be a scary thing -- just ask the Oscars producers. You can also ask Steve Harvey and anyone else who's ever unintentionally botched a live segment.

These days, if you screw up during a live broadcast, you can bet there will be a YouTube video of that cringeworthy moment before the next day. ESPN sports analyst Jay Williams knows that all too well.

Williams had been discussing NCAA Tournament brackets on ESPN with other sports analysts when it was time to play a game of Pictionary, which they called "Brack-tionary."

Instead, he accidentally drew two stick figures having sex on live TV. He first drew one of the stick figures standing up before drawing the second in a doggy style kind of position.

And just like that, Jay Williams has been inducted into the internet hall of live TV fails. Congrats, sir.

According to Complex, Williams was simply trying to draw Duke Blue Devils starting shooting guard Grayson Allen. As you can see, he epically failed to do so.

Instead, he drew two stick figures getting it on and now, college basketball will never be the same. Hey, look at the bright side. Now, we have 30 more seconds of blooper gold that we didn't have before!