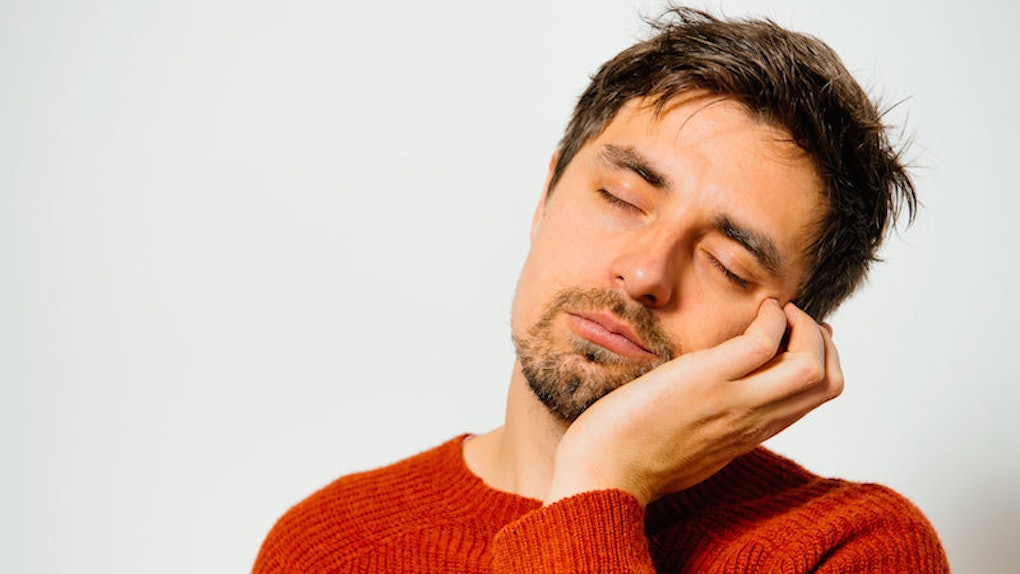 Sleep is a funny thing.

For most little kids, it's an inconvenience -- nap-time gets in the way of playtime.

For adults, you would give anything for just a few more moments of sleep.

But a lot of us really should try harder to get more sleep especially since a new study from researchers at King's College London shows sleep deprivation makes us eat more than we normally do.

So, in addition to being grumpy and having massive bags under your eyes, lack of sleep isn't so good for your waistline.

According to the research, which is a meta-analysis of 11 small studies, not getting enough sleep leads people to eat 385 additional calories the following day.

What's more, the researchers found that sleep deprived people weren't likely to be active enough to burn off the additional calories.

This makes sense, given that most people don't feel like exercising when they're also desperate to catch some shuteye.

The main cause of obesity is an imbalance between calorie intake and expenditure and this study adds to accumulating evidence that sleep deprivation could contribute to this imbalance. So there may be some truth in the saying 'early to bed, early to rise, makes a man healthy and wise'... Reduced sleep is one of the most common and potentially modifiable health risks in today's society in which chronic sleep loss is becoming more common. More research is needed to investigate the importance of long-term, partial sleep deprivation as a risk factor for obesity and whether sleep extension could play a role in obesity prevention.

Long story short, get some sleep, my friends!

Go to bed earlier, put your devices away (the blue light is bad for you) and try to avoid alcohol and caffeine later in the day.

Also, consider sleeping naked. It's good for you (not kidding).

Getting more sleep will make you happier, healthier and skinnier!