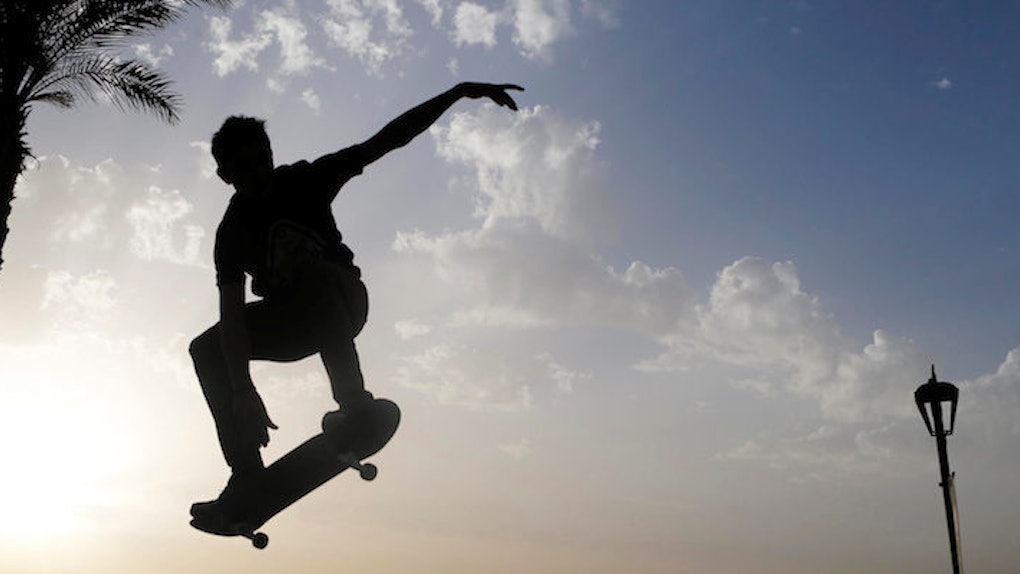 Yep, Pro Skateboarders Might Choose Weed Over Competing In The Next Olympics

Skateboarding is going to be one of five new sports at the 2020 Olympics in Tokyo, but according to skater Tas Pappas, some of best skateboarders in the world might choose to get high instead.

I'm wondering how it's going to work as far as the drug testing is concerned, because some guys skate really well on weed and if they have to stop smoking for one competition it might really affect their performance.

The International Olympic Committee considers marijuana to be a performance-enhancing drug (presumably because no one on the committee ever tried to untangle a pair of earbuds while stoned), so it will continue to test for the drug.

In fact, according to Mashable, Canadian snowboarder Ross Rebagliati (a name which is hard to say while stoned, incidentally) won gold in 1998, but almost had the medal taken from him because he tested positive for weed.

Thankfully (and strangely) after he appealed the decision to revoke his medal, someone at the time noticed marijuana wasn't actually listed as a banned substance in the Olympics, so Rebagliati was able to keep his medal.

To this day, Rebagliati is still an advocate for cannabis use, recreationally and athletically, and he even has a strain of weed and his own weed brand named after him: Ross' Gold.

It's hard to predict how long marijuana stays in your system, and it can change from person to person depending on frequency of use and how much body fat the person has (among many other factors).

So, the athletes would likely have to stop at least a month or more before the Olympics.

And, this is all compounded by the fact a lot of skateboarders don't care about going to the Olympics anyway, regardless of the drug testing.

As far as the skate community is concerned, for a lot of people it will seem cheesy. This country versus that country is not the unified skate culture.

The summer X Games, on the other hand, have no drug tests, no focus on hyper-nationalism and they happen every year. Many skaters will likely be focused on that event instead.

Although, personally, I'm pretty excited to see skateboarding on the Olympic stage -- high or otherwise.

Citations: Skateboarding legend Tas Pappas says drug testing would sink sport at 2020 Tokyo Olympics (ABC), Skateboarding at the 2020 Olympics may have one big problem: Weed (Mashable), How long does weed stay in your system? (The Cannabist)