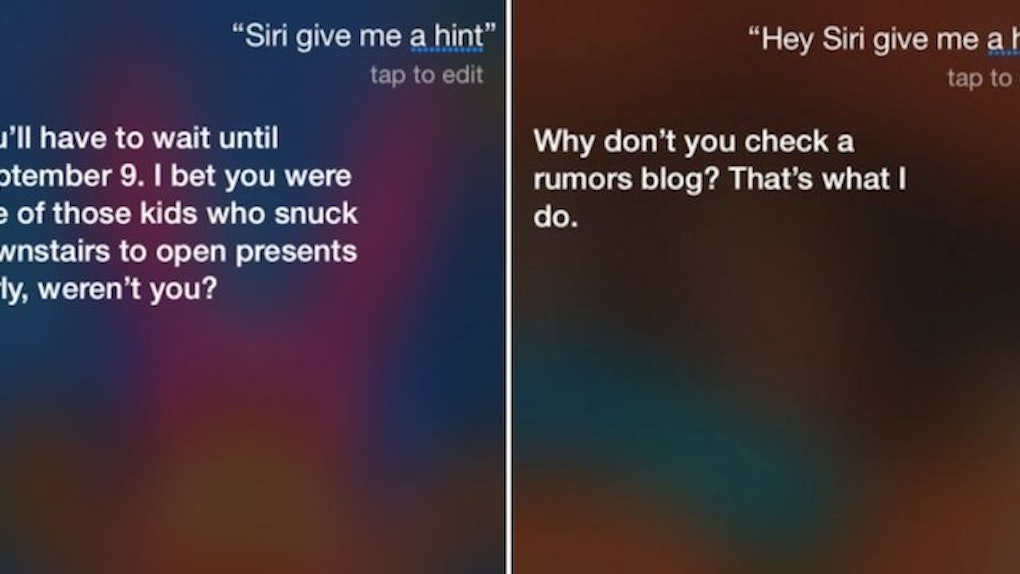 Ask Siri about the new iPhone, and she'll turn into a fairly feisty betch.

As the Internet does any time Apple announces anything, it spent much of yesterday freaking out about how the new iPhone is rumored to drop in the near future.

Yesterday, Apple sent out invitations for its next iPhone event, scheduled to take place on September 9. Though nothing is confirmed (obviously), it is expected Apple will unveil its latest iPhone and possibly even a new version of Apple TV at the event.

On the event invitation, Apple implied people should ask Siri for hints about the latest handheld's release.

As it turns out, Siri could not give two craps about how excited you are for the new iPhone.

Is it even possible for an OS to throw this much shade?

Citations: Sassy Siri Is Back Taking On People Who Want Hints About the New iPhone (Cosmopolitan)