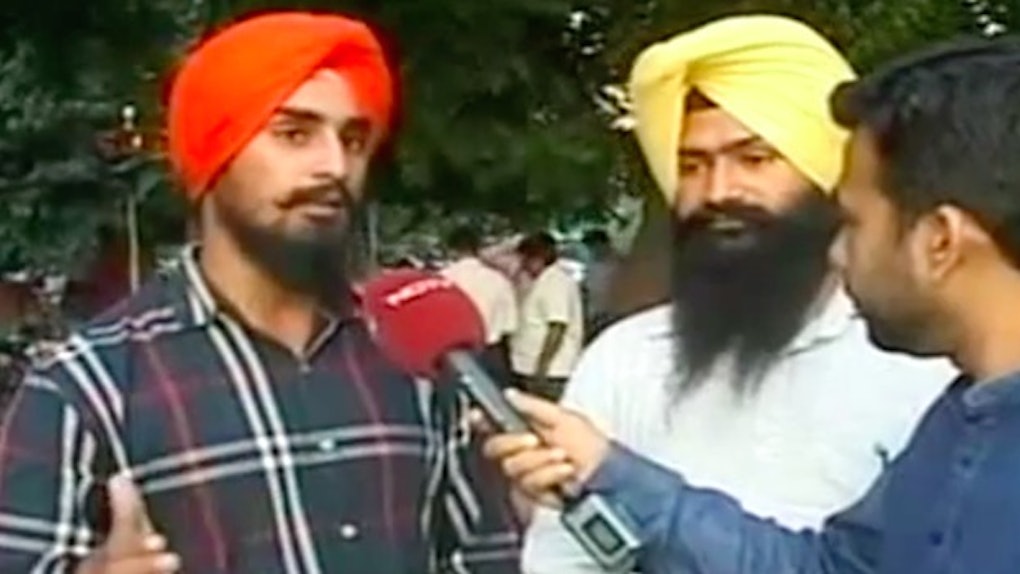 Two men in India removed their turbans during a religious ritual to save a group of boys from drowning.

Inderpal Singh and Kanwaljit Singh are of the Sikh faith, according to Huffington Post, requiring them to wear turbans, along with four other spiritually significant articles.

As a representation of strength, piety and independence, the turban is rarely taken off outside of the wearer's home.

But on Sunday, Inderpal and Kanwaljit put religious tradition aside when four boys were on the verge of death.

A large group of Hindus gathered near a canal in Punjab to take part in a ceremony to honor the elephant-headed deity, Ganesha.

The deity's birthday is celebrated in a 10-day festival that ends with an idol immersion ceremony. This often hazardous ritual involves idols of Ganesha being thrown into bodies of water.

During Sunday's ceremony, four boys lost balance, fell into the canal and were forced under the water by the strong current.

Inderpal and Kanwaljit were sitting by the canal and immediately came to the rescue.

According to NDTV, Inderpal said,

I had no time to think and quickly removed [my] turban and threw at the drowning boys and pulled them in.

Kanwaljit, who was on the other side of the embankment, said he first thought to jump in the canal but then remembered he cannot swim.

The material from the two turbans was long enough to reach all four boys and pull them to safety.

He first tried to pull us out with a wire lying on the embankment. But it broke, and he then used his turban.

An idol immersion ceremony also resulted in the deaths of two men and the injury of two others off the coast of Georgia Monday night. The high tide in the area reportedly carried the men out to sea during this specific ceremony, resulting in an additional man going missing.