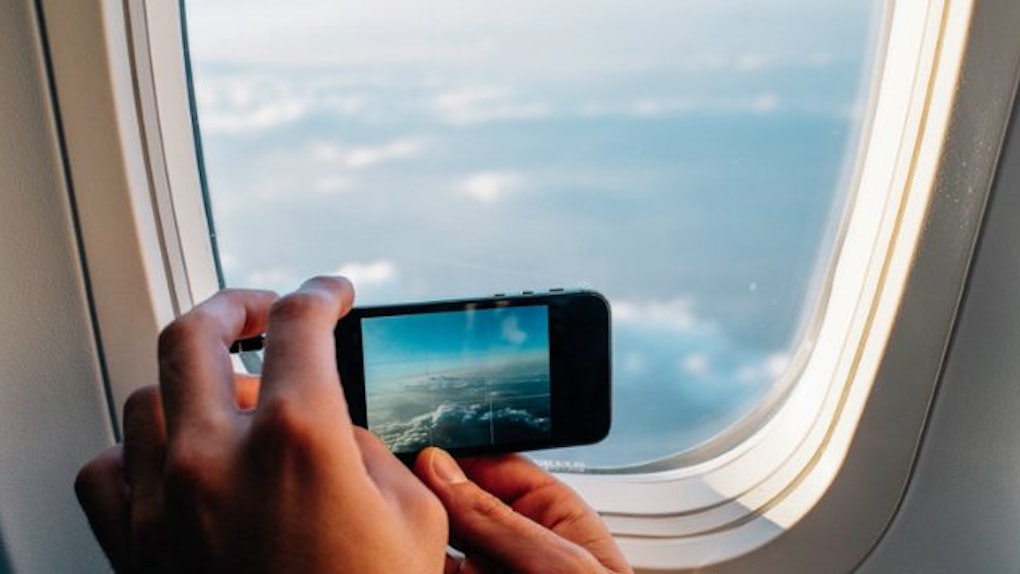 My anxiety when it comes to travel is at its peak.

I'm terrified of being late so I arrive four hours early. I'm afraid someone has planted something not TSA-approved on my body so I will be detained and questioned. Toilets on airplanes are a whole other beast.

One time, I was on a flight with a bunch of nuns and our pilot came on the PA and said his named was Skip MaLou. No one else laughed, and I thought, "Surely, this is the plane I will perish on."

And now, I find out clouds can still end up killing me even if everything goes correctly like some shitty M. Night Shyamalan's "The Happening" remake? Great.

According to scientists, a flight across the US delivers more radiation than a dental X-ray.

Now, they're warning about danger zones.

These dangers zones in the sky are where radiation reaches twice the normal levels.

Space radiation is caused by cosmic rays and solar wind, but these "clouds" are different, and geomagnetic storms may be to blame.

Researchers believe temporary disturbances free electrons in the Van Allen radiation belts, which are charged particles from solar winds that are trapped by Earth's magnetic personality.

Those electrons are driven into the upper atmosphere, collide with nitrogen and oxygen atoms and molecules, and then create a spray of secondary and tertiary radiation, likely in the form of gamma rays.

For now, the risk is low, as a transatlantic flight may increase your risk of fatal cancer by 1 in 300,000.

But Tobiska says this risk could be lower to help protect crews, fetuses in the first trimester and people who fly often.