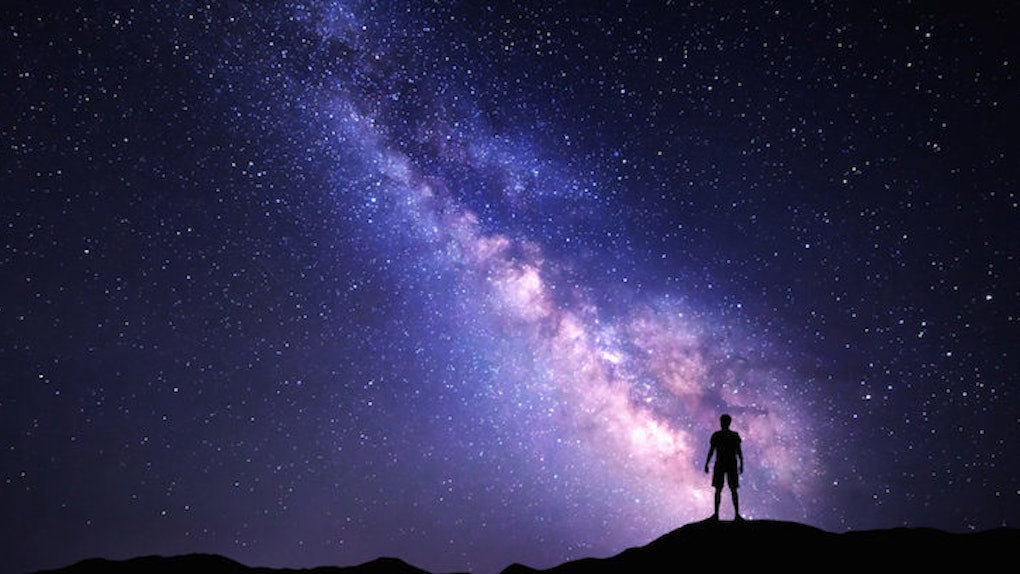 It turns out the Milky Way actually has a “dark twin,” and it honestly sounds like it came straight out of a horror movie.

Let me just drop in here that horror movies scare me to death.

According to CNN, astronomers found this “dark twin” -- aka Dragonfly 44 -- being super sketchy in the Coma constellation.

The “dark twin” galaxy, which is the total opposite of the vibrant Milky Way, only consists of 0.1 percent stars. That sounds like a very gloomy place to me.

And get this: The whole rest of the 99.9 percent of the galaxy is made up of dark matter, hence, the galaxy being dubbed the "DARK" one.

I can't help but feel like this other galaxy seriously got the short end of the stick.

Although the “dark twin” is 300 million light-years away, it still sounds creepy AF, right?!

According to lead study author Pieter van Dokkum, the discovery of this galaxy is monumental.

It's very exciting because we thought we had sort of figured out what the relationship is between galaxies and dark matter. This discovery turns that on its head. Now, you can have a hundred times fewer stars in the galaxy with the same amount of dark matter as the Milky Way.

Don't get me wrong; all of this sounds epic, and I think outer space is irrevocably beautiful… But, it's definitely things like the “dark twin” that scare the complete heck out of me.