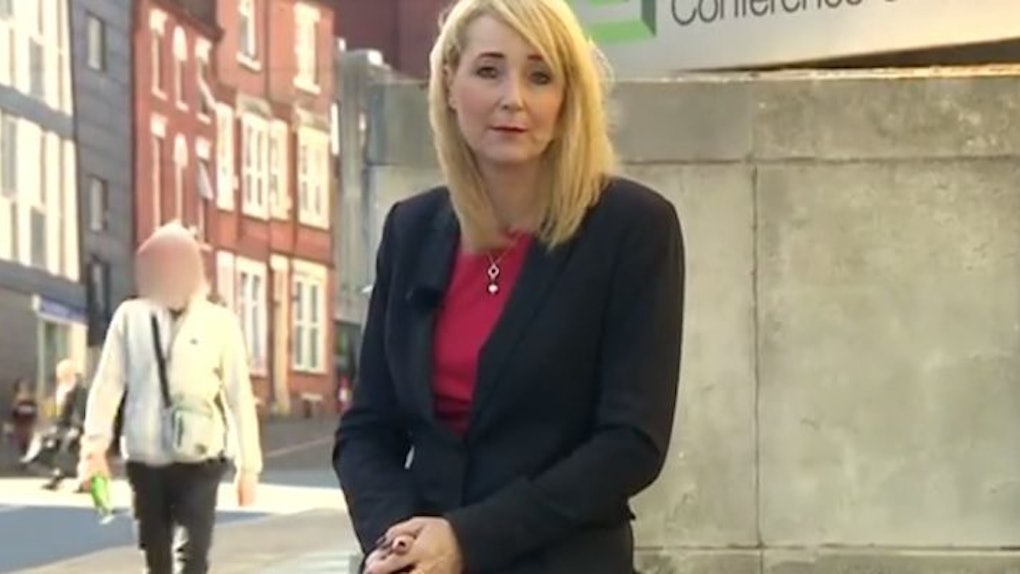 This Reporter Actually Got Harassed During Report On Street Harassment (Video)

An online study showed a shocking 95 percent of people said they have been harassed -- either jeered at or had obscenities shouted at them in the street.

BBC journalist Sarah Teale gets sexual obscenities shouted at her while filming a report about harassment of women... Posted by BBC Radio Nottingham on Friday, September 25, 2015

Not 10 seconds after she reported the statistic, a man walked by and shouted a bleeped-out obscenity at Teale.

"Yeah, like that," Teale said, resignedly putting her hands up in a gesture we can only interpret as "you've gotta be f*cking kidding me."

While some people may think the timing was a little too good on this one, the stats show it's not unusual for people to experience street harassment, and it's also not a rarity for people to shout obscenities at TV reporters.

Earlier this year, Shauna Hunt, a reporter from Toronto's CityNews, confronted men who were shouting a disgusting, immature phrase at her.