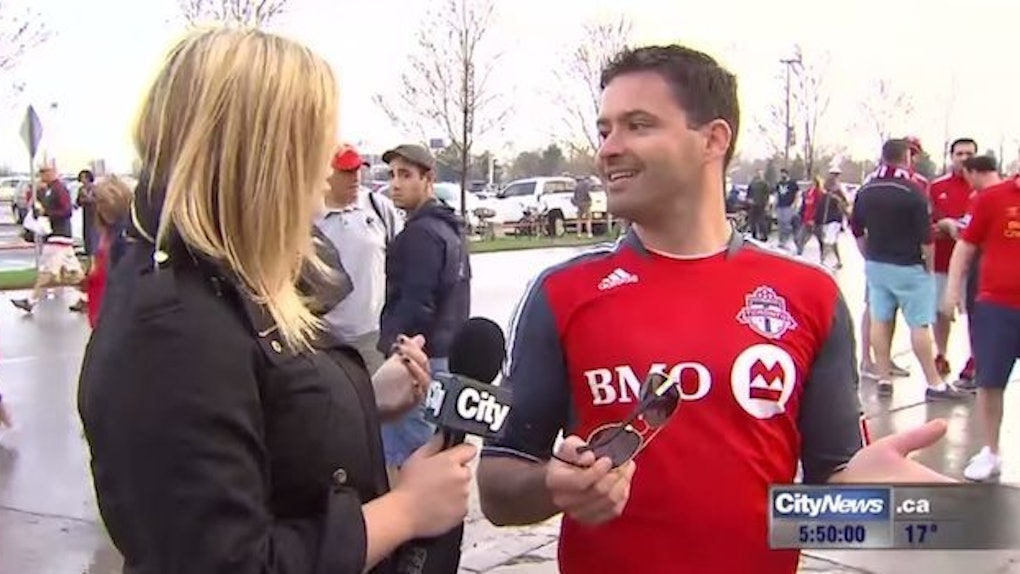 I don't have a lot to say about the whole "F*ck Her Right In the P*ssy" phenomenon that swept the world last year, but I do think its acronym, FHRITP, is easily the best onomatopoeia for a fart I've ever seen.

Its origins are particularly bizarre -- it was first uttered by a fake news reporter. Then a hooded man yelled it into the microphone of another fake reporter, and now, real people are yelling at real reporters.

It didn't take long for the phrase to become the "Anchorman" of viral videos -- it's heavily referenced by people who don't actually know how to be funny, like this guy who yelled it outside a soccer game in Toronto over the weekend.

Unfortunately for him and his friend, reporter Shauna Hunt decided it was time to put a nail in the coffin that should have been buried long ago, and she allowed the men to bury themselves by letting them try and justify it.