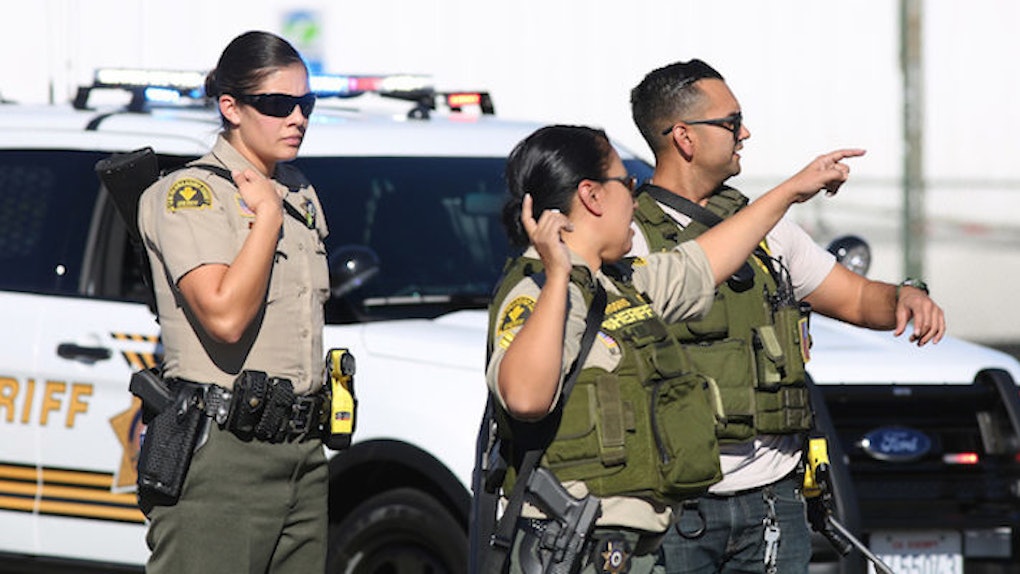 Law enforcement sources identified one of the suspects in the shooting as Syed Farook to multiple news outlets, including the LA Times.

Two suspects have been killed, one male and one female, dressed in "assault style clothing," via local police.

One shooter has been shot, another reportedly dead, the last shooter still at large, KTLA reports. One officer was hit during the shootout but does not appear to have life-threatening injuries.

On Wednesday, upwards of 14 people were killed and an additional 17 people were wounded in a shooting in San Bernardino, California.

As of 3:20 pm, local time, the shooters have been cornered by local police in a black SUV. Live video via KTLA shows the shooters inside their car while police surround them. Officers wearing tactile gear began slowly approaching the vehicle around 3:30 pm. KTLA is reporting at least one of the shooters has been shot by police.

President Obama, who was reportedly alerted of the shooting during a scheduled interview with CBS, appeared very upset as he delivered an informal statement on the incident.

We have a pattern now of mass shootings in this country that has no parallel anywhere else in the world.