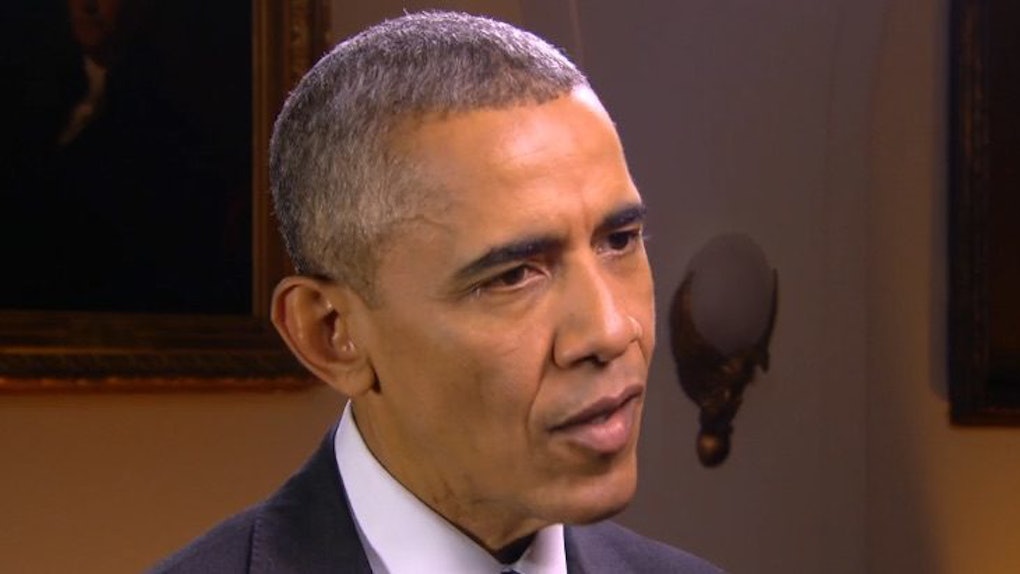 Obama Discusses California Shooting: US Has 'Pattern Of Mass Shootings'

Less than a week after he delivered a statement on the shooting at a Planned Parenthood facility in Colorado Springs, President Obama addressed another mass shooting.

On Wednesday, an active shooter situation occurred in San Bernardino, California. We don't yet have all the facts, but there were reportedly multiple people killed and injured.

Disturbingly, the shooting occurred at a social services facility for the developmentally disabled, Inland Regional Center.

President Obama, who was reportedly alerted of the shooting during a scheduled interview with CBS, appeared very downtrodden as he delivered an informal statement on the incident.

We have a pattern now of mass shootings in this country that has no parallel anywhere else in the world.

It's difficult to disagree, particularly when you consider the fact there have now been 355 mass shootings in 2015 alone.*

Watch clips of President Obama's comments below, and click here for the full video:

.@POTUS on San Bernardino: Pattern of mass shootings has no parallel anywhere else in world https://t.co/x6cJLXKBE6https://t.co/zsEMjN8r1v — CBSN (@CBSNLive) December 2, 2015