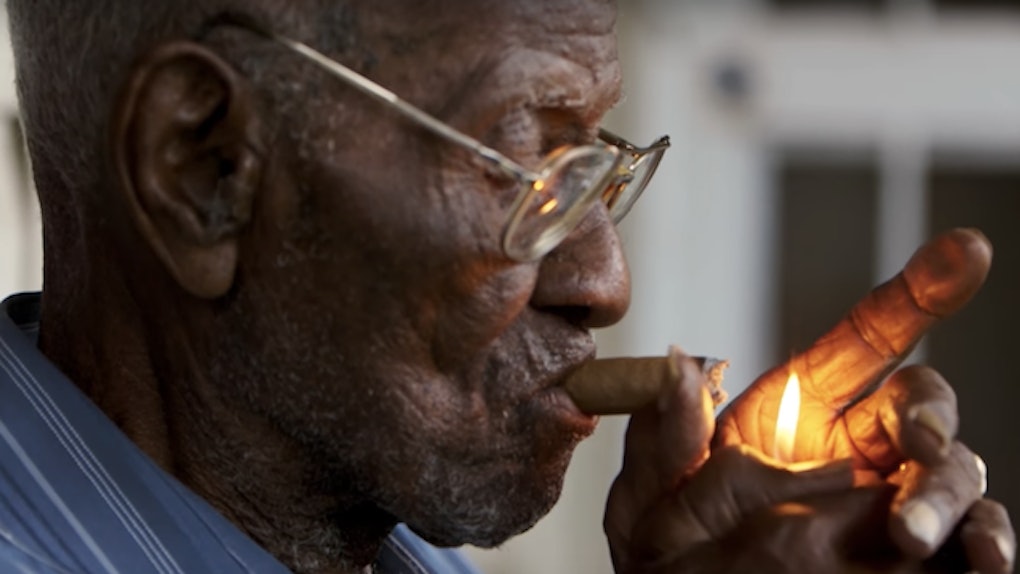 It seems like every week there's a new trendy diet or health tip that's going to keep us feeling young and fit into old age.

But apparently we can ignore all the experts' advice and instead enjoy a lifetime of cigars and whiskey — and that's according to a guy who really knows what he is talking about.

He's also a badass in the best way possible.

Just months after Emma Morano, the world's oldest woman, put her long life down to staying single, Richard has an even hotter take — but you won't find many doctors endorsing this at all.

In a short film made by National Geographic, the vet said,

I just sit there and smoke sometimes 12 cigars a day. Maybe sometimes more than that. I drink about four cups of coffee in the morning. This morning I drank about that much whiskey.

FOUR CUPS OF WHISKEY IN A MORNING.

Richard is low-key my new icon, and who are we to argue with what he says?

Born in May 1906, he fought in the South Pacific during WWII.

In later life, his service during the war has really been celebrated, and he was honored by then-President Barack Obama back in 2013.

And because he's pushing 111, frankly, he knows more about living longer than you, and the answer ain't getting to the gym for an early bird 6 am grind.

But life isn't so simple for Richard these days. He's in need of 24-hour care, and that isn't something the Department of Veterans Affairs can offer.

His family has started a GoFundMe page to cover the cost of his care, which has raised an incredible $142,000 since it was launched a month ago.

So put down that avocado smoothie that you hate anyway and pour yourself a glass of whiskey.