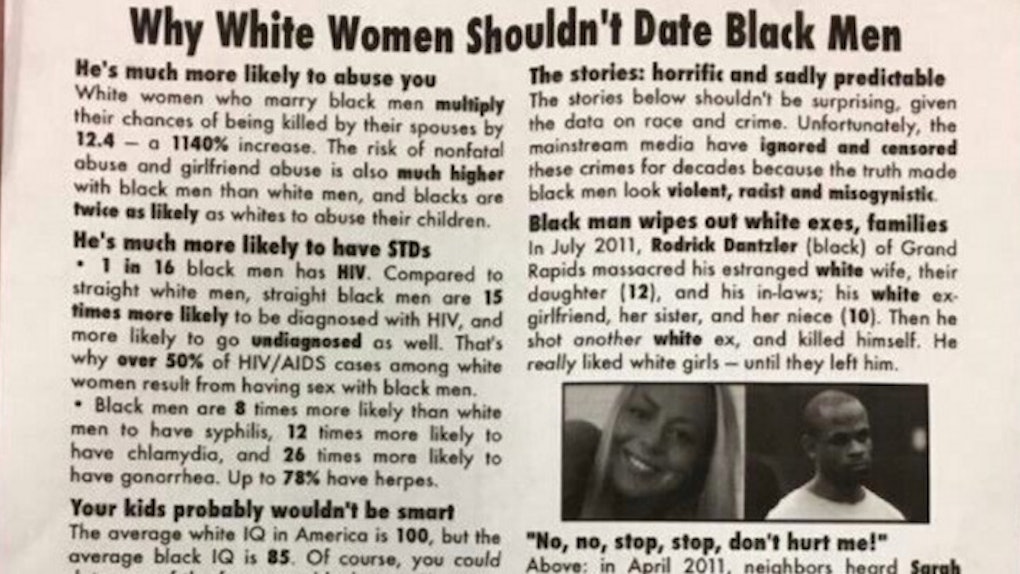 Racism is alive and well at Southern Methodist University (SMU) in Texas.

It reels off a list of reasons including, "He's much more likely to abuse you" and "Your kids probably wouldn't be smart."

The flier also warns, "He's much more likely to have STDs," and under the subtitle, "You should probably just avoid black men," it gives this shocking description,

The racist material was discovered in the stairwells of two residential halls on November 13.

I think it just perpetuates something that's an issue in our society that hasn't been an issue for a long time. Recently it seems like it's resurfaced. So, it's concerning that we're regressing.

SMU said its staff is investigating the incident.

A spokesperson for SMU said in a statement,

SMU condemns the racist and hateful message in these fliers. These messages have no place at SMU and are in opposition to SMU's values and commitment to an environment free from discrimination. The fliers in question are available online and have appeared on at least two other campuses this fall. SMU President R. Gerald Turner delivered a message to the campus last week that spoke directly to the university's intent to support all members of its community, emphasizing that there is no justification for hostile action directed toward any member of the community.

The same leaflet was reportedly spotted at other universities earlier this year.