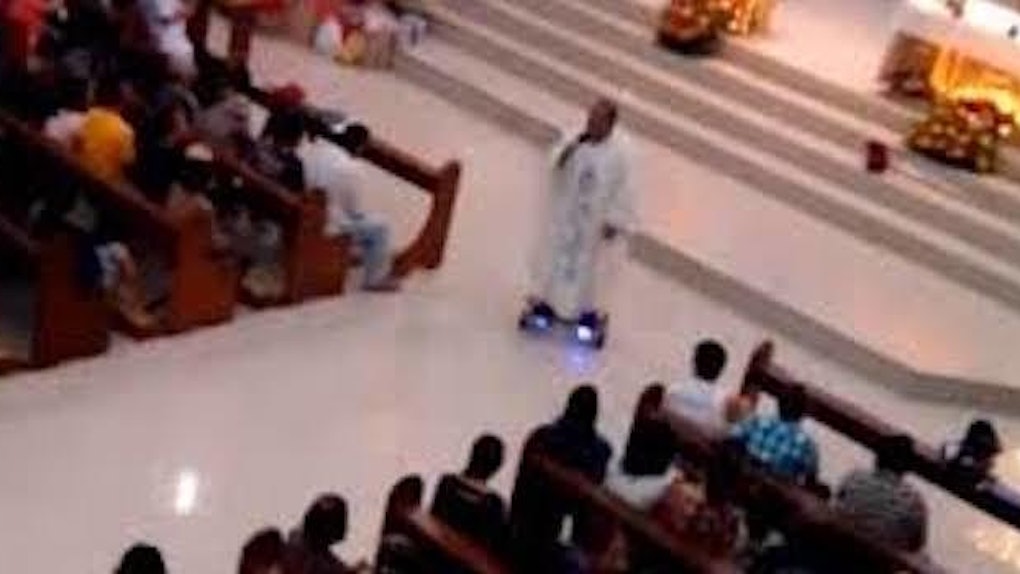 A priest was suspended on Monday for riding a hoverboard during Christmas Eve Mass.

The device allowed the priest to float up and down the aisles in the Roman Catholic Diocese of San Pablo church in the Philippines while singing a Christmas song, according to USA TODAY.

His unorthodox method of engaging the crowd was seemingly well received at the time as many congregants clapped and cheered during the performance.

This calls for a reparation!Instead, pray a rosary for this priest and attend a Traditional Latin Mass! Posted by NOVUS ORDO Insider on Saturday, December 26, 2015

The Roman Catholic Diocese of San Pablo, however, did not approve of the hoverboard because it apparently made the service into a "personal celebration" that took the attention away from Jesus Christ.

In a statement posted to Facebook, the Catholic diocese revealed the priest apologized for his behavior and will be suspended for an unspecified amount of time.

Of the priest, the statement read,

The priest said that it was a wake up call for him; he acknowledged that his action was not right and promised that it will not happen again. He will be out of the parish and will spend some time to reflect on this past event. He would like to apologize for what happened.