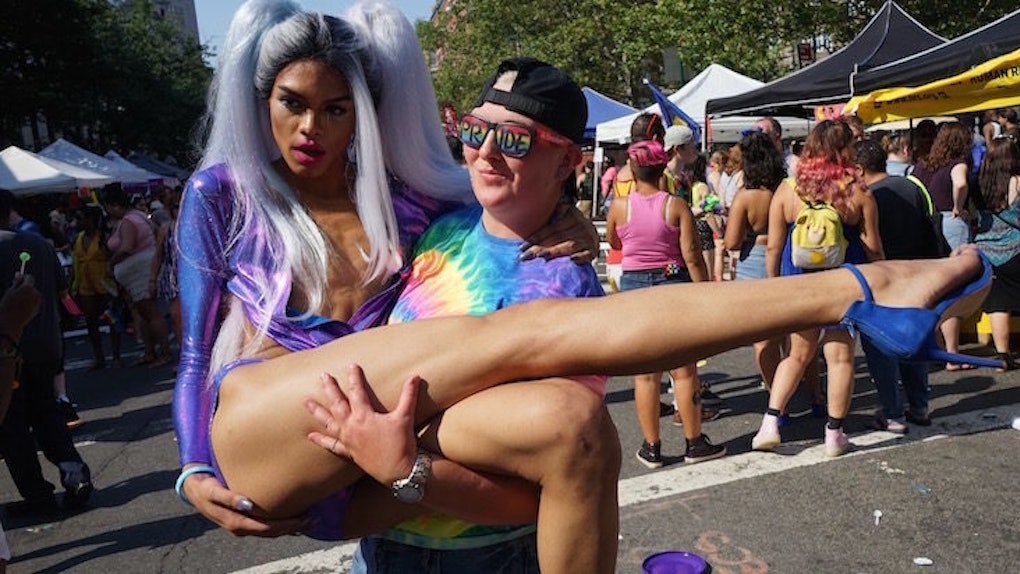 These Inspiring Pride Parade Photos Prove Love Is Stronger Than Ever

In the wake of the Orlando attacks, New Yorkers and visitors from across the globe came together to celebrate LGBTQ progress and to advocate for social change. Hillary Clinton made a surprise appearance and trans advocate Jazz Jennings broke a record as the parade's youngest-ever marshall.

Outside the Stonewall Inn, where the modern Pride movement began in June 1969, visitors honored Orlando victims with flowers and cards -- and plenty of people were ready to party inside the historic bar, which became the first national monument to gay rights last week.

From strangers hugging to couples celebrating to friends and families joining together, Manhattan was abuzz with pride (and plenty of glitter) on Sunday. Here are some powerful photos capturing the scene.