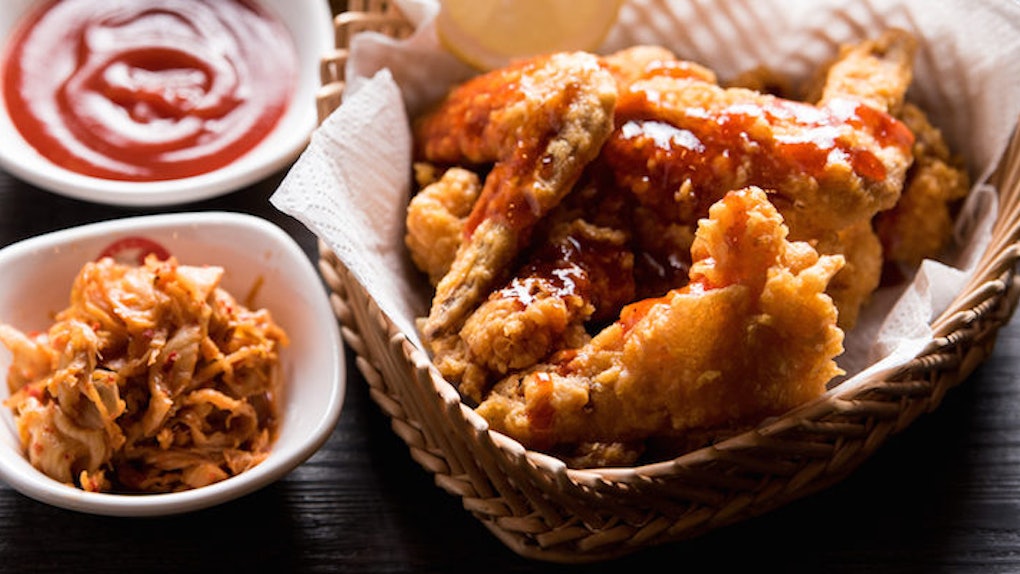 To celebrate the new year, GrubHub took a look at the one that just happened.

It was, as you are all very aware, a very hard 2016 we just had, and many of us turned to delivery to eat our feelings.

GrubHub did some data mining and came up with a definitive list of the most popular takeout orders during this apocalyptic year.

Sometimes, the simple things are the best.

You know, simple things like having each vote count in an election for president, instead of using an archaic electoral system that no other modern democracy in the worl-- shit, sorry. Food, Alec. This post is about food. Chill out.

Give me that now.

OK, this one seems too weird to be believed. I call for an FBI investigation into the accuracy of these claims. Maybe this says more about GrubHub users than it does about America.

The company came up with some other interesting stats as well.

For example, the food that rose in popularity most since the year before? Tamales.

The largest single order of the year on Grubhub?

The most active Grubhub user?

One customer ordered 751 meals in a single year. That's around two meals a day. This person hates money.

The most ordered dish in each major American city? Here are a few notables:

I want you all to know, in the middle of writing this article, I literally ordered mac & cheese to the office, and I'm sort of lactose intolerant. Apparently, I like food more than I dislike diarrhea.