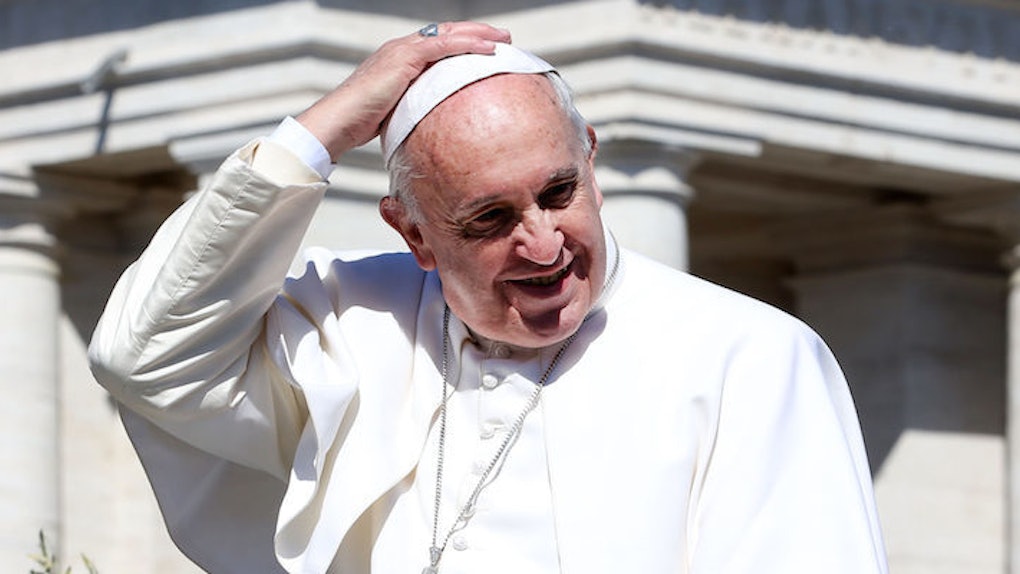 Pope Francis truly is a man of the people.

After he delivered a powerful speech to Congress on Thursday morning, he turned down an invitation to eat with politicians and instead went to bless a meal for the homeless at a DC charity, St. Maria's Meals, Huffington Post reports.

St. Maria's Meals, run by Catholic Charities in Washington, DC, provides food for a number of homeless people in the capital every week.

At the meal, the pope stated,

The son of God knew what it was to be a homeless person. What it was to start life without a roof over his head. I want to be very clear. We can't find any social or moral justification, no justification whatsoever for lack of housing. We know that Jesus wanted to show solidarity with every person. He wanted everyone to experience his companionship, his help and his love. He identified with all those who suffer, who weep, who suffer any kind of injustice. He tells us this clearly, 'I was hungry and you gave me food, I was thirsty and you gave me something to drink, I was a stranger and you welcomed me.'

According to The Washington Post, there are 11,623 homeless people in the DC area.

Across the United States, the National Alliance to End Homelessness reports there are 578,424 people experiencing homelessness on any given night.

Visiting with the homeless in DC was a beautiful gesture from a religious leader who's already generated a reputation for profound humility.

More importantly, it sent a powerful reminder about the ongoing issue of homelessness in both the capital of the US and nationwide.

Citations: The State of Homelessness in America 2015 (National Alliance to End Homelessness), Pope Francis Skips Lunch With Politicians To Be With Homeless In Washington DC (Huffington Post), The DC region has 11623 homeless people but thats not the whole story (The Washington Post)