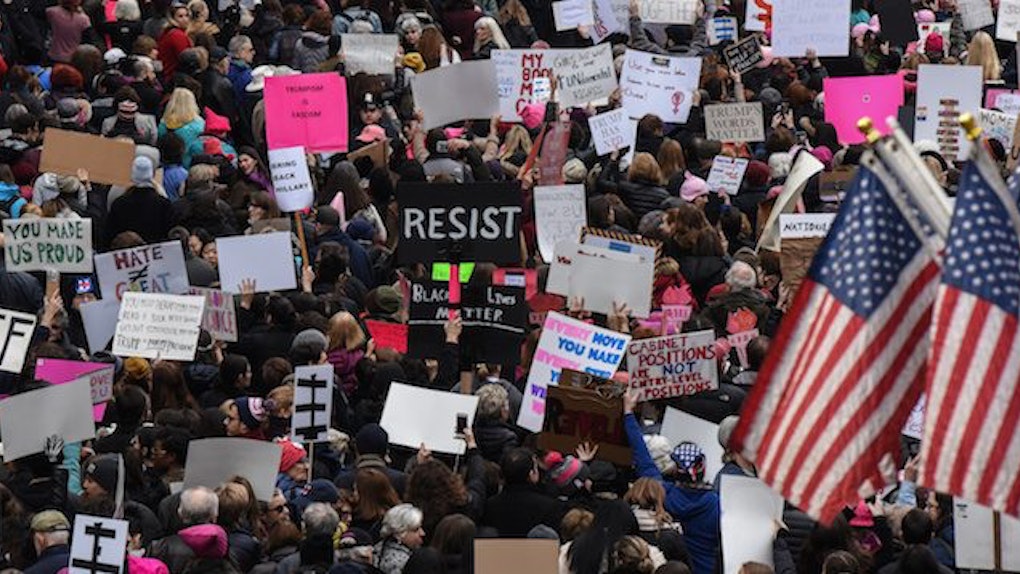 The Women's March Is Useless If We Don't Keep Fighting

The Women's March was a truly amazing experience.

I will never forget the feeling of waking up on the bus at a rest stop in Delaware on our way to DC and seeing an incredible amount of buses piled in. I had a lump in my throat as I realized this was a real, gigantic movement.

As someone who has been pretty unapologetic in my distaste for Donald Trump, his misogyny and his hateful rhetoric, it felt really good to participate in the march and be surrounded by women who feel the same about him.

But my work — and your work — can't end with the March.

Just as I'm going to continue writing these articles, calling out the administration for whatever harmful bullshit they try to throw, you've got to do your own work to make sure the Women's March has momentum and isn't just a total end-stop.

You can run for office, start volunteering or do something as simple as following half an onion on Twitter.

If you want a plan to follow, the Women's March organizers have set up a schedule.

Now is not the time to hang up our marching shoes — it's time to get our friends, family and community together and make history.

Every 10 days, the Women's March will provide you with a new task to keep up the momentum of retaining and fighting for women's rights.

The first action is already in place, as we're within the first ten days of Trump's presidency.

The first action is, simply, to write a postcard.

The Women's March is providing postcards you can print out to send to you senator. If you don't have a printer, the site provides a simple print shop finder.

You're supposed to tell your senator what you care most about and try to make him or her care about it, too.

Before you send it in, the Women's March wants you to take a picture and post it using the hashtag #WhyIMarch. Then send it to your senator (a search on the March website will show you your senator's address).

You can then sign up for the Women's March list to get updates on the next nine actions before Trump's 100th day in office.

Just because you marched doesn't mean you're done. Democracy takes work and participation. Keep it up.