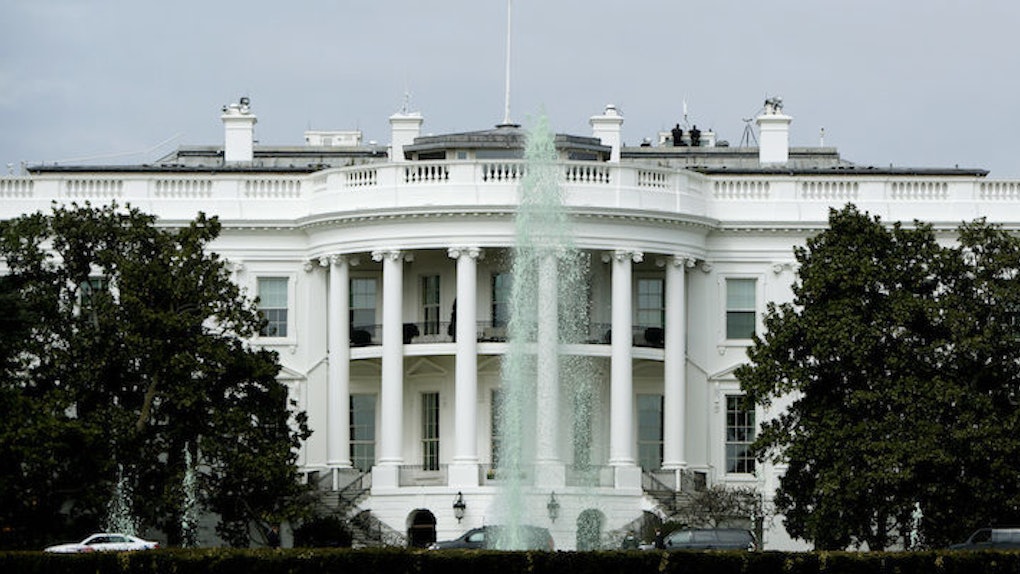 Was The White House Really Built By Slaves?

FLOTUS reminded us that America is already great, and we don't need someone telling us it's not.

But that's not the only soundbite that caught our attention.

Obama signed off her speech by saying the White House was built by slaves. It's a big claim. So how true is this?

Take a look at how she ended her speech, and then we'll break it down:

I wake up every morning in a house that was built by slaves, and I watch my daughters, two beautiful and intelligent black young women, playing with their dogs on the White House lawn. And because of Hillary Clinton, my daughters — and all of our sons and daughters — now take for granted that a woman can be president of the United States. So, look. So, don't let anyone ever tell you that this country isn't great, that somehow we need to make it great again. Because this right now is the greatest country on earth.

Officials had initially planned to import workers from Europe to help with the construction of the White House in 1792.

But, according to The White House History Association, the recruitment response was terrible, so enslaved and free African Americans were enlisted instead.

They carried out the majority of the labor on the White House and United States Capitol building.

Enslaved people had the worst job. They were trained by stonemason Collen Williamson to cut stone at a quarry in Virginia. This was used for the walls of the president's house -- and laid by Scottish workers.

In the end the White House was a combined effort from slaves, free African Americans, white Americans who came over from neighboring states, and Scottish and Irish laborers.

So in conclusion, slaves are not solely responsible for building the White House, but there is truth behind Obama's powerful statement.

Politifact, the political fact-checker website, rated it as true.