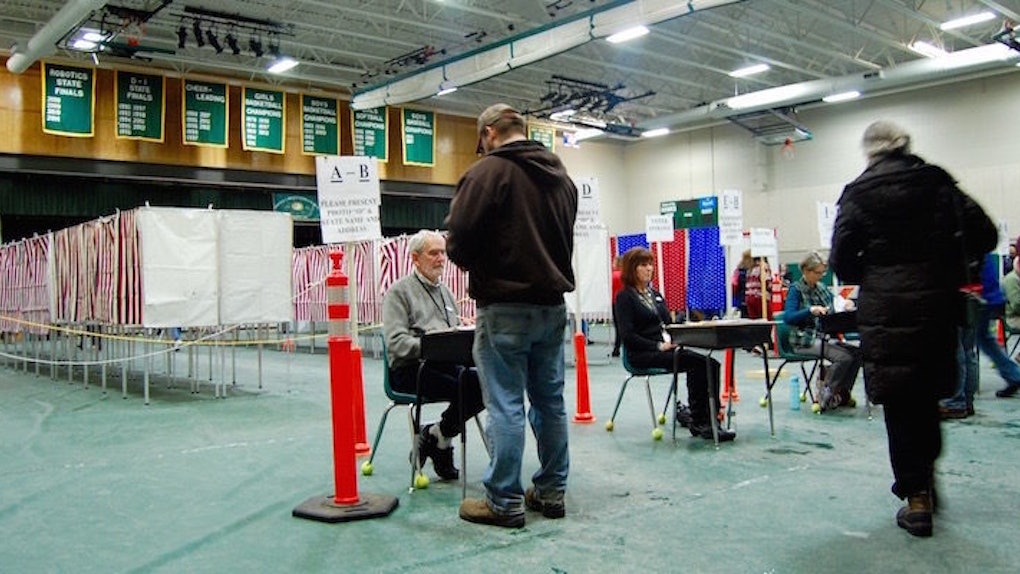 What The Hell Is Super Tuesday And Why Is It So 'Super' Anyway?

Tuesday, March 1 this year is also known as "Super Tuesday" among political people. But what exactly makes it so "super"?

Although it sounds sort of complicated, it's actually a really, really simple concept. Super Tuesday is just when a bunch of states have their primary votes. Seriously, that's it.

A primary vote is when you vote for your party's presidential candidate. So Republicans will be picking whom from their crop of candidates to send forward while Democrats will be deciding between Bernie Sanders and Hillary Clinton.

This is a technical thing, but when you vote in the primary, you're not directly voting for a candidate. You're telling a delegate assigned to your area which candidate they have to vote for when they vote for nominees at the party conventions in the summer.

Some states have already had their primary votes. The first was the Iowa caucus (a much more complicated concept), followed by New Hampshire, Nevada and South Carolina. So far, Clinton is beating Sanders 91 delegates to 65, while Donald Trump is, terrifyingly, leading the GOP with 82 delegates.

The states voting on Super Tuesday are Alabama, Alaska, Arkansas, Colorado, Georgia, Massachusetts, Minnesota, Oklahoma, Tennessee, Texas, Vermont, Virginia, Wyoming and American Samoa (a territory). We should be getting results Tuesday night from all of those states except for the Republican votes in Wyoming and Colorado, according to NPR, as their votes won't be done yet.

OK, so there's also this weird piece that's probably going to make you annoyed. There's this thing called "superdelegates." Only Democrats have them. They're big, important political dudes, including President Barack Obama and Vice President Joe Biden, who can cast a vote at the convention for whichever candidate they choose, regardless of what voters say.

There is a grand total of 712 superdelegates voting in the Democratic primary, which makes up like 15 percent of the delegates. Superdelegates have never totally decided the results, but they definitely have an impact. So right now, with the superdelegates included, Sanders has 85 votes while Clinton has 544. I know, I know, it's crazy.

Anyway, back to Super Tuesday. Results from the polls will start rolling in after 7 pm EST on Tuesday. We'll be keeping you updated on that.

This isn't the end of the line for nominees, but it's for sure a big moment. Clinton's got a good lead in a handful of Super Tuesday states, so it matters a lot for Bernie's legitimacy that he wins some here. Meanwhile, Trump's got a big lead on the Republican side, which is just... my God, OK?

Well, primary votes are far from over, and after Super Tuesday there are still a lot down the line, so you'll be hearing about this for a bit longer. I mean, as a New Jersey voter, I don't even hit the polls for my primary until early June.

But I'm excited to vote, and you should be too.

If you need some inspiration, here are some reasons to vote in the primary. Find out when your state's primary is and what the rules are to vote. Each state's rules are different, so make sure you're set to go.

Pay a bit of attention to what happens on Tuesday. It's going to be... super.