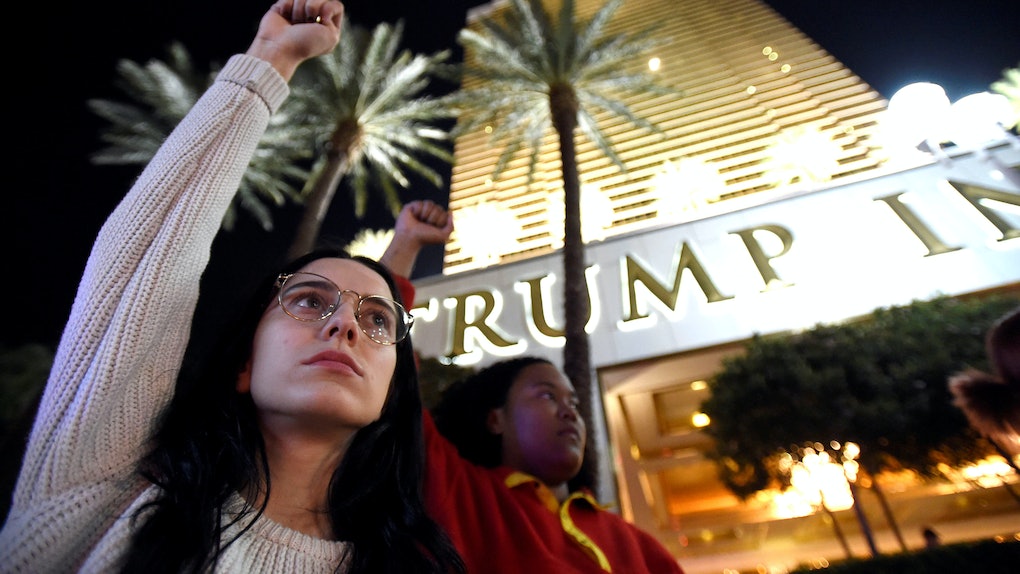 Protesting Against Trump Can Make A Difference

I was one of the 2,000 people who marched Thursday night in Philadelphia to peacefully protest the election of Donald Trump.

The reactions in real life and on social media to the protests have run the gamut from dismissive to downright ridicule.

Tomi Lahren, a conservative, has even said in a widely watched video that protesters are no more than "sore losers" throwing a "tantrum."

I'll admit, I can't speak for the thousands of people who marched across multiple US cities in the days since the election, and I am in no way advocating anarchy or violence. But I can speak to the purpose and meaning behind these anti-Trump protests.

First off, we know we aren't going to change the outcome of the election; we aren't trying to. That's not the point of protesting.

We don't want the electoral college to renege on their duty and declare Hillary Clinton the winner. (Although many consider that a possibility.)

While we may have to accept the outcome of the election, what we do not have to do is accept it quietly. That is a right guaranteed to all Americans under the First Amendment.

We also know protesting won't change any of the things Donald Trump has said during his explosively divisive campaign.

But his comments about women, veterans, Muslims, immigrants, Mexicans and every other group he's marginalized do not simply get expunged now that he is our next president.

His marginalizing comments do not simply get expunged now that he is our next president.

In fact, it makes those words worse.

His victory in no way exonerates or excuses him.

Now that I told you what protesting can't do, let me tell you what it can do: It can show the world that not all Americans were complicit in electing Donald Trump.

We want to state this early and loudly for the record.

We are buoyed by the fact that nearly 48 percent of the country voted for Hillary Clinton, meaning she will win the popular vote but still lose the election when all the ballots have been counted.

So Donald Trump, by no means, speaks for all of us. In fact, most of us are embarrassed by this president-elect.

We protest Donald Trump to stand in solidarity with women's rights, LGBTQ+ rights, both movements threatened by the Republican Party that nominated him.

Protests also serve to remind the president-elect and his administration that thousands of people will not sit idly by in the future if he tries to walk back the freedoms that were so hard-fought for by others.Preemptive peaceful demonstrations can influence the president toward more moderate and conciliatory cabinet appointments and policy positions.

That is why we peacefully protested.

We stood side-by-side with same-sex couples holding hands, with women protesting for the preservation of their right to make decisions concerning their own bodies, with black men and women of the Black Lives Matter Movement.

We came out to stand with them.

We grabbed our signs and laced up our running shoes, some of us for the very first time, because we have a sneaking suspicion we will be protesting more and more frequently in Trump's America, so we might as well get used to it.

We have a sneaking suspicion we will be protesting more and more frequently in Trump's America.

We took the streets because we didn't think a Facebook status or a hashtag were going to cut it this time.

You can say what we did didn't matter, that it won't change anything. You can say these protests are un-American, and reiterate the need for unity at this difficult time.

But we will not normalize Donald Trump and what his campaign has ignited.

We are united. And the right to protest is one of the most American values of all.