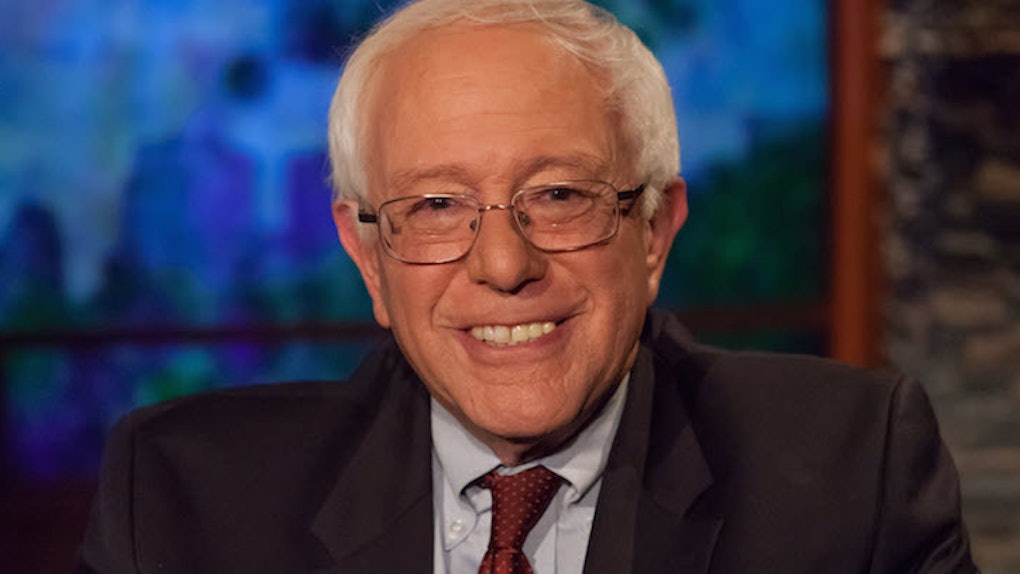 I label myself as a proud feminist. For me, feminism means all people have the freedom to do whatever they want without question.

Feminism isn’t about making people believe women are better than men, and it isn’t about women burning their bras.

It’s about providing men and women of all races and sexual identities the equal opportunity and freedom to do whatever the hell they want to in their lives.

Feminism is about equality for all.

Because of my views, it seems only natural I would vote for Hillary Clinton in the coming primaries and 2016 presidential election.

A woman as the president of the United States? I can’t think of anything more empowering.

When I'm discussing politics with others, I always note our country is standing on the precipice of significant social reform, and we should choose a president who will help our nation progress in that realm.

My viewpoint was validated when same-sex marriage was legalized on June 26, 2015.

I want the next president of our nation to fix the in-house problems we’re experiencing.

I want to experience the social change that will undoubtedly come with the election of a female president. At first glance, my vote would be for Hillary Clinton.

But, Bernie Sanders is a game changer. And guess what? He’s a feminist, too.

As the longest serving Independent senator in US history, Sanders has been fighting for his beliefs since before our generation was even born. He’s also tried running for president before, but to no avail.

He wasn't successful in previous elections, probably due to the fact that the people who align with his beliefs (Millennials) haven’t been part of the presidential voting pool until recent years.

Millennials are now the most populated generation in US history, which puts a lot of pressure on Gen-Y shoulders in the next election.

It’s easy to see that Hillary's "Bernie problem" is only getting worse.

He wants to take down big banks, create a constitutional amendment that will eliminate the super PACs, make public colleges tuition-free through taxing stock transactions and provide paid maternity leave, just to name a few.

I don't know about you, but all of that sounds pretty f*cking ideal.

I admit I was originally biased toward Hillary.

I wanted a female president, and I wanted it now (typical Millennial mindset). When doing research on both candidates, however, I felt myself leaning more toward Sanders.

I had a hard time accepting the fact that I was actively choosing to vote against electing the nation’s first ever female president.

How could I go against feminism and vote for a man when an incredibly qualified woman was running?

How could I deny my sex the validation and social change we deserve? Would voting for Sanders make me less of a feminist?

The answer is no.

Since Sanders and Clinton are both vying for the Democratic nomination, it’s not surprising they share some very similar views.

Both candidates can be cited saying women’s and LGBT rights are human rights, and Sanders is intent on fixing the wage gap and providing parents with paid maternity leave.

For Sanders, feminism is common sense. This is the mentality we need in the White House.

Clinton has been a public advocate of women’s rights since her famous 1995 speech in Beijing, in which she said:

“It is no longer acceptable to discuss women’s rights as separate from human rights.”

But, there's a big problem with Clinton's campaign that officially locked in my vote for the Bern man.

A graphic recently surfaced outlining the top 10 donor lists for each candidate. While it’s not clear who made the graphic, PolitiFact.com stated the names and numbers on each list match up with the information found in the Center of Responsive Politics database.

It’s important to add that the graphic refers to cumulative donations made over the course of both candidate's careers, not just their current campaigns.

According to the graphic, some of the donors on Clinton’s list consists of Citigroup, Goldman Sachs and JPMorgan Chase, which are all huge corporations.

Some of the donors on Sanders' list consists of the Machinists/Aerospace Workers Union, Teamsters Union and United Auto Workers, which are all labor unions.

Sanders stated he wants elections to progress toward public funding, so billionaires can no longer buy elections. He is against the same super PACs Clinton has been utilizing to fund her campaign.

On "Face the Nation," Sanders explained:

“I understand where she is coming from. [But] I will not have a super PAC. I don't think we're going to outspend Hillary Clinton or Jeb Bush or anybody else, but I think we are going to raise the kinds of money that we need to run a strong and winning campaign.”

Clinton claims to be all for the middle-class families, and she is making the improvement of their everyday lives one of her biggest platform focuses.

This graphic, paired with her open support of the use of super PACs, shows Clinton is saying one thing and doing another.

During interviews and in speeches, Sanders has said time and time again, he will continue to fight to get money out of politics. He knows until this happens, we can't get anything done.

In an interview with Katie Couric, Sanders says he's in this race because he believes the American people are tired of establishment politics and corporate greed.

He says the people "want a candidate who will lead a mass movement in this country of millions of people who are centrally saying 'enough is enough,' the billionaire class can't have it all."

Clinton, on the other hand, is using the money in politics to her advantage.

Here are my questions for you, Hill:

How you can you label yourself a representative of change if you’re funded by exactly what is holding our country back?

How can you claim to be a massive advocate for the middle class when your campaign is entirely funded by corporate America and the wealthiest of the wealthy?

How can you fix the massive problem of the distribution of wealth if you’re benefitting from the lack of it?

While the creator of the graphic is unknown, it is still founded in fact. Looking at the list of donors for Clinton's and Sanders’ campaigns shines a spotlight on who the real advocate for the American people is.

You might be a feminist, Hillary, but the fact that you say one thing and do another really kills my vibe. Come on, girl. I thought I could trust you.

As I said before, feminism is about giving people the freedom to choose how they live their lives. Voting for a man when a woman is running does not make me any less of a feminist; it means I’m taking the very feminist route of expressing my right to choose.

If Hillary Clinton is elected as the next president of the United States, I will run topless through the streets of Manhattan celebrating the fact that the ladies have finally won.

I won't be happy about the fact that billionaires won yet again, but having a lady at the desk of the Oval Office is definitely cause for rampant celebration.

Until (and if) that time comes, however, I’ll be feeling the Bern.