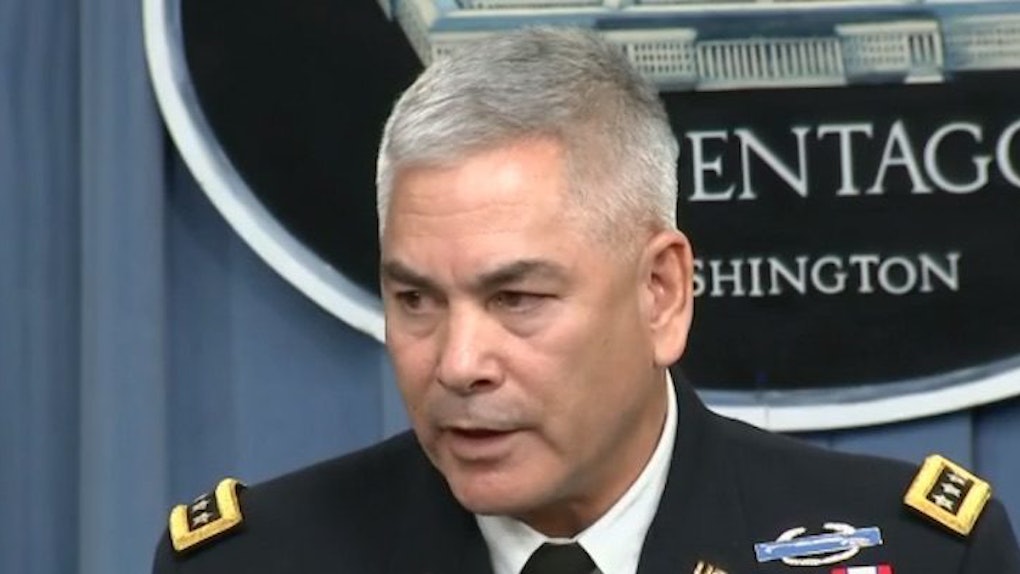 Last week, the Taliban seized Kunduz, marking the first time the militants gained a major city in Afghanistan since 2001.

The US, which still has a significant military presence in Afghanistan, aided Afghan troops with airstrikes during the week and into the weekend.

But it now appears the US bombed a hospital operated by Doctors Without Borders (MSF) as part of these efforts, killing 22 people -- 12 staffers and 10 patients -- in the process, CNN reports.

MSF now decided to close its hospital near Kunduz, eliminating one of the only reliable sources of medical care in a volatile region, The New York Times reports.

President Obama and Secretary of Defense Ashton Carter apologized for the incident and vowed to investigate what happened.

A non-apology from defense secretary Ashton Carter for the US bombing of MSF hospital in Kunduz pic.twitter.com/FZ0jZ5PMyp — Spencer Ackerman (@attackerman) October 3, 2015

But MSF is not satisfied and wants an independent inquiry over what it's characterizing as a "war crime."

The organization is particularly upset Afghan officials attempted to justify the bombing by arguing the Taliban was hiding in the hospital at the time of the bombing.

MSF denied this assertion, and its general director, Christopher Stokes, released this statement on the matter.

MSF is disgusted by the recent statements coming from some Afghanistan government authorities justifying the attack on its hospital in Kunduz. These statements imply that Afghan and US forces working together decided to raze to the ground a fully functioning hospital with more than 180 staff and patients inside because they claim that members of the Taliban were present. This amounts to an admission of a war crime. This utterly contradicts the initial attempts of the US government to minimize the attack as 'collateral damage.' There can be no justification for this abhorrent attack on our hospital that resulted in the deaths of MSF staff as they worked and patients as they lay in their beds. MSF reiterates its demand for a full transparent and independent international investigation.

What's more, according to Reuters, Afghan forces raided the same hospital a few months ago, claiming an al-Qaeda member was being treated there.

At the time, MSF described the raid as "a serious lack of respect for the medical mission, which is safeguarded under international humanitarian law."

We have now learned that on October 3, Afghan forces advised that they were taking fire from enemy positions and asked for air support from US forces. An airstrike was then called to eliminate the Taliban threat and several civilians were accidentally struck. This is different from the initial reports, which indicated that US forces were threatened and that the airstrike was called on their behalf.

The discombobulated explanation for this incident coming from both the governments of the US and Afghanistan makes it seem as though neither wants to take responsibility for a tragic incident that may have been a violation of international law.

Many are not satisfied with America's response to the bombing since it appears to have known the GPS location of the hospital.

In other words, it's being suggested the US military deliberately bombed the MSF facility.

They knew the coordinates beforehand, were told frantically what they were doing during, and now this... https://t.co/8Lp5enOThI — Glenn Greenwald (@ggreenwald) October 4, 2015

MSF, contradicting US: "Not a single member of our staff reported any fighting inside the MSF hospital compound prior to the U.S. airstrike" — Spencer Ackerman (@attackerman) October 4, 2015

This is hardly the first time the US military has killed civilians with airstrikes and deemed it "collateral damage," but the sad truth is normally these incidents are quickly forgotten given they involve non-Westerners.

MSF, however, is one of the most respected organizations in the world for the invaluable work it does in conflict zones, and it is operated by Westerners.

Accordingly, it's hard to say what will come of all this, but it's unlikely MSF, among others, will allow this to be swept under the rug any time soon.