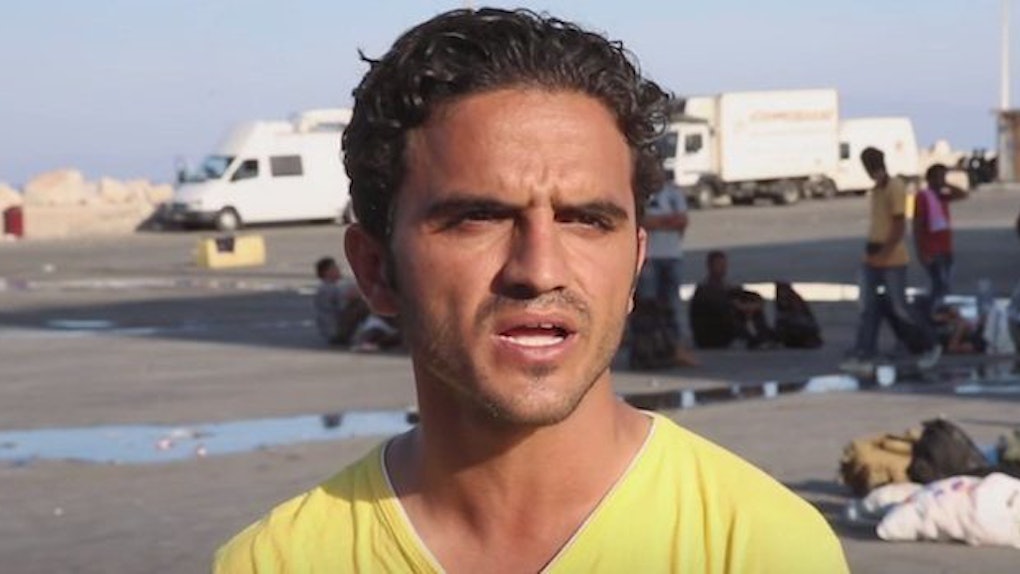 People fleeing war and persecution in places like Syria, Iraq and Afghanistan flood into the European Union by the thousands.

The United States directly contributed to the violence and chaos displacing many of these people.

This is particularly evident in the current predicament of a man named Barkatshah who is currently living as a refugee in Greece.

He was an interpreter in Afghanistan for the US military and was forced to flee after the Taliban threatened to kill him. Speaking with AJ+, he said,

[The Taliban] warned me like, hey, 'Quit the job with the infidels or we're going to cut your head off.'

In spite of his brave service alongside American troops, the US denied Barkatshah's request for asylum, which is why he's now in Greece and hoping to make it to the United Kingdom.

Hear more of Barkatshah's story in the video below.

As Huffington Post notes, thousands of Afghans risked their lives as translators for US forces throughout the War in Afghanistan. This made them targets for the Taliban, which essentially viewed them as traitors.

Given these circumstances, it's understandable why the translators would want to leave. But it's estimated 80 percent of translators can't get US visas due to all the red tape.

These individuals helped save American lives during the longest war in this country's history, but they have seemingly been abandoned.

There are also many translators who served alongside American troops in Iraq and can't get US visas.

Last October, John Oliver did a thought-provoking and in-depth segment on this, in which he aptly stated,

This whole process makes no sense... We have to fix this system.

Indeed, these interpreters had America's back so now America should have theirs.

Watch the video of Oliver's segment below.