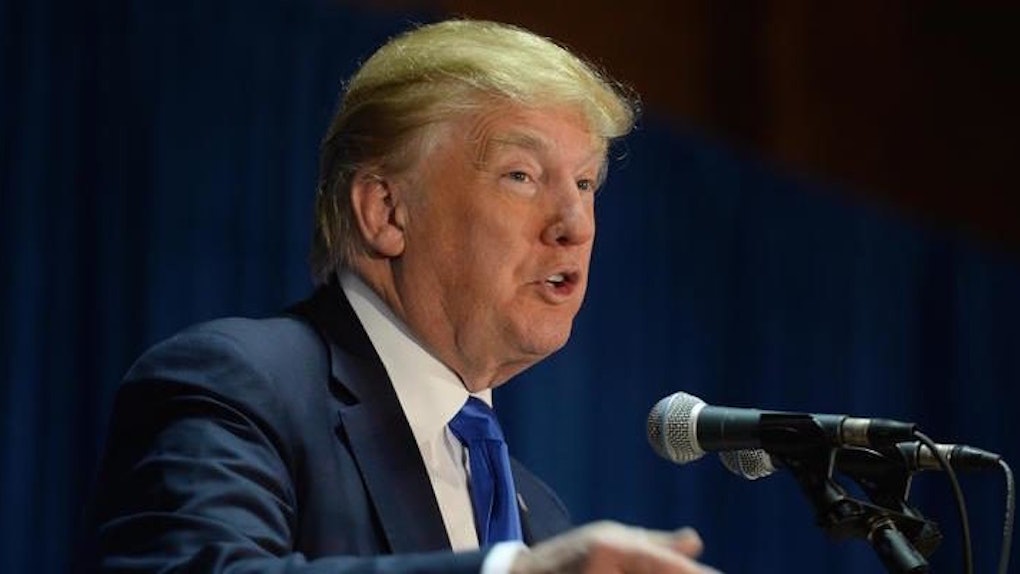 According to Mediaite, the Republican presidential frontrunner called in to "Fox & Friends" this morning to reiterate his plan of dramatically increasing bombing campaigns against the terrorist group.

Trump previously said he would "bomb the sh*t" out of the Islamic State, and today he reminded the show's three cohosts his attacks would "hit [ISIS terrorists]... so hard, like they've never been hit before."

When cohost Brian Kilmeade asked how Trump would avoid killing innocent people, Trump said he would "do [his] best, absolute best" to prevent civilian casualties.

Trump then pointed out "one of the reasons we're so ineffective" in eradicating the Islamic State is the group's use of civilians and even family members as human shields.

Trump said the solution for this dilemma is to simply "take out" these shields.

Citations: Trump Declares How to Defeat ISIS: 'You Have to Take Out Their Families' (Mediaite)