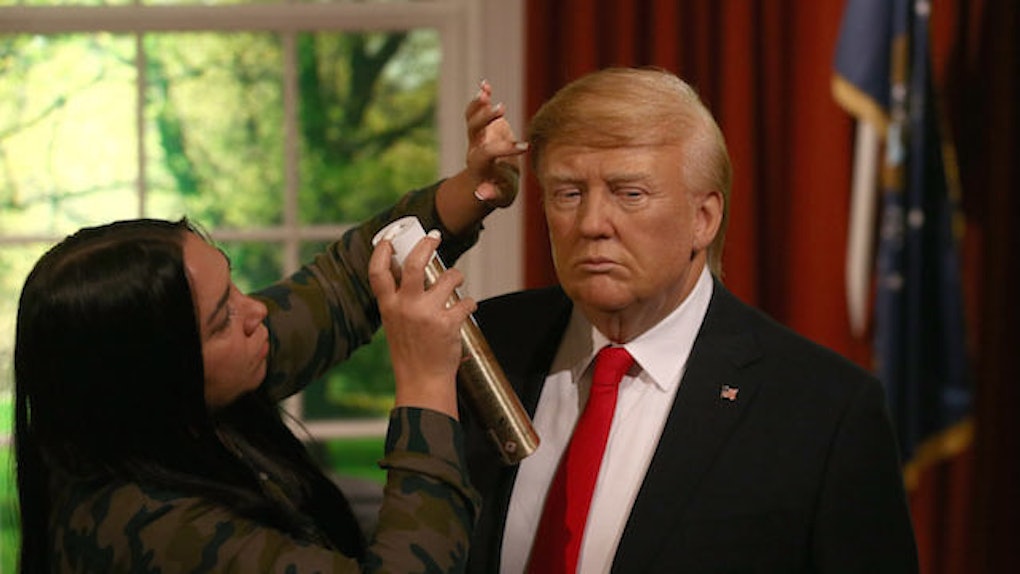 Sometimes you read something that sounds so ridiculously FAKE NEWS, you have to spend 10 minutes reading through articles just to make sure you're not reading an Onion article and being fooled.

That's how I felt reading this interview Donald Trump did with the Washington Post.

He was talking about how he came up with his 2016 campaign slogan, "Make America Great Again."

And then, mid-interview, Trump came up with a great idea, really great idea, best idea you've seen, for his 2020 re-election campaign slogan.

Trump came up with this slogan and then, in front of the reporter, shouted,

Get me my lawyer!

These theatrics make sense, of course, because we elected a reality TV star to be president.

The lawyer came in and Trump told him to trademark "Keep America Great" both with and without an exclamation point.

So before he even gets to the Oval Office, Trump is thinking more about winning in four years than he is about, like, my health care, which is what every constituent wants to hear from an elected official.

He lost the popular vote by almost 3 million votes.

At this moment, 48 percent of Americans disapprove of how Trump has been handling the presidential transition.