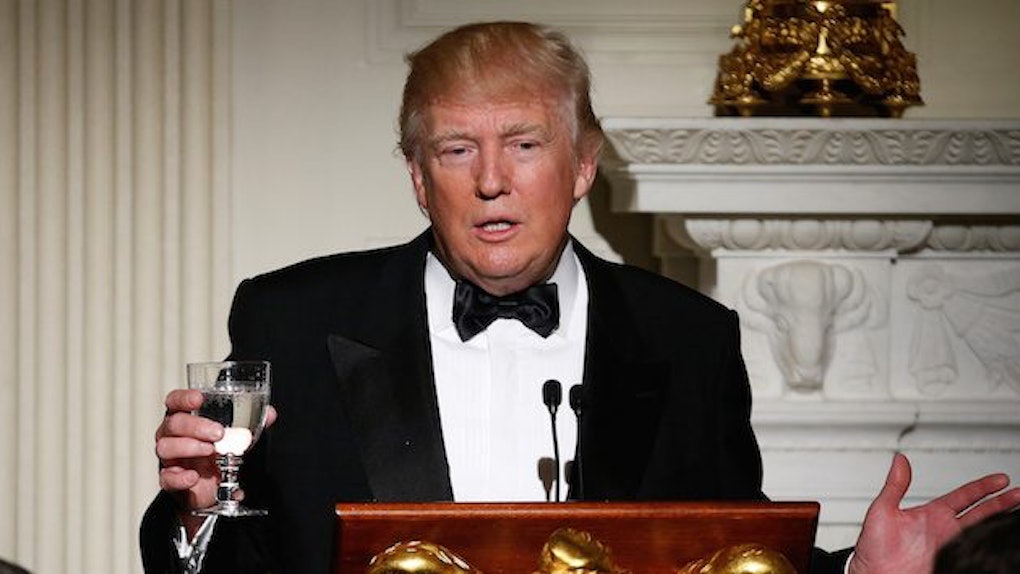 Donald Trump Graded His Time As President So Far

Donald Trump had a rare moment of self-awareness during an interview aired on Tuesday morning.

If you've ever listened to Trump talk, you may have realized he's not very good at it.

Transcripts from his speeches show disjointed "Let Me Tell You" thoughts, long "Hold Up, How Did We Get Here" asides and his infamous use of "The Greatest You'll Ever Hear, Believe Me" superlatives.

And it appears as if the president himself might just recognize that although he loves his rally crowds, they may not be understanding what he's actually saying.

During an interview with "Fox and Friends" that aired on Tuesday morning, Trump was asked to rate his job performance so far in the first 40 days of his presidency.

In terms of achievement, I think I'd give myself an A. Because I think I've done great things, but I don't think I have -- I and my people -- I don't think we've explained it well enough to the American public.

In terms of messaging, I would give myself a C or a C plus.

You can see a clear example of this at the press conference he hosted at the White House two weeks ago. He started by attacking the media. Then he spent a few minutes discussing what he believes to be his policy successes. And then he went back to attacking the media.

So rather than focus on his "great things," he's focusing on his war with the media. The president's lack of focus on the actual issues probably doesn't help citizens see the "great things" he wants them to understand.

Trump does have an opportunity to change his messaging on Tuesday night when he gives a speech to Congress. He said he's going to try and make his policies clear then.

The reality TV star isn't the only person who has scaled his speeches on a grade level. His inaugural speech was rated at an eighth grade level on the Flesch-Kincaid Readability scale.

That's an improvement from his campaign style of talking in August 2015, when he was around a third-grade level.

Citations: Trump gives himself a 'C or C+' grade for communicating with the public: Needs improvement (Washington Post), The Science Of Trump's Inaugural Address (Politico), Donald Trump Talks Like a Third-Grader (Politico)